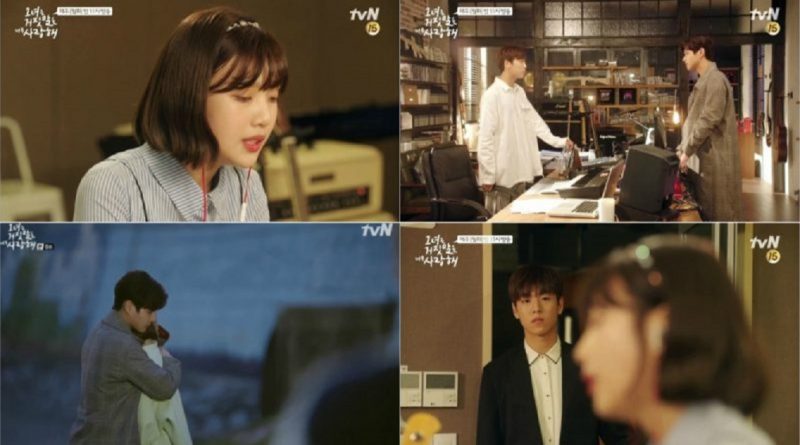 Yoon So Rim who knew that the song Kang Han Gyeol made for her would be given to Chae Yoo Na then cried. She went to meet Kang Han Gyeol to ask him about it. Kang Han Gyeol knew about Choi Jin Hyuk’s plan, but he said to Yoon So Rim, “Do you hate it that I give the song to Yoo Na? If so, then will you sing it? I won’t give it to Yoo Na if you are willing to sing it”. However, Yoon So Rim said that she couldn’t sing it because she had promised to be loyal to Seo Chan Young. Then Kang Han Gyeol left her alone because he was sad that the person he liked rejected his own song.

November 26, 2017 Ria Comments Off on Jung Hae In Shows Manly Charm in His Latest Movie
VIDEO