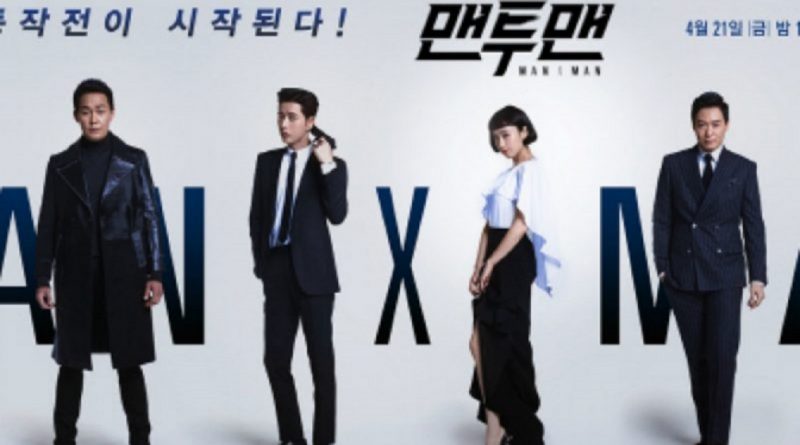 In the released poster, this time there is a writing which says, ‘Suspicious mixed operation begins’ and shows the 6 characters. The poster is intriguing because it displays the characters who seem to be hiding something.

The first one is the ghost agent Kim Sul Woo (Park Hae Jin) who will 100% complete his mission first without revealing his identity, Park Hae Jin becomes the perfect secret agent from the appearance to his ability to grasp the pistol and display an expression as if he has a plan for an operation which makes the public curious.

Beside him is Hallyu star Yeo Woon Gwang (Park Sung Woong) and his huge fan, manager Cha Do Ha (Kim Min Jung) who is wearing a black and white dress.

‘Man to Man’ tells about a mysterious ghost agent with various abilities that becomes the bodyguard of a Hallyu star and the people around him. This drama is scheduled to release on April 21, replacing ‘Strong Woman Do Bong Soon’.