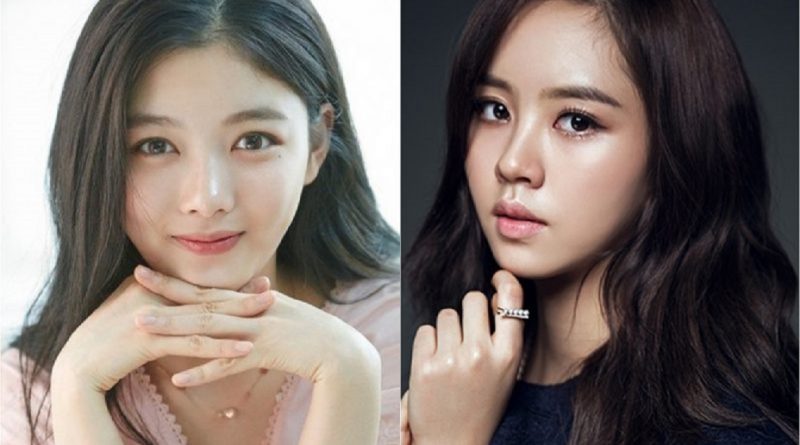 Kim Yoo Jung and Kim So Hyun have a unique image who both started their career as a child actress, now has grown up into a beautiful and mature actress.

The smile of these two women exceeds the beauty of a flower, their future development is very much anticipated because of their exceptional acting ability which can level their own beauty as well. After playing in KBS drama ‘Moonlight Drawn by Clouds’ Kim Yoo Jung is considered to be the main character who will lead the next generation, she also has a fresh image in public’s eyes.

Kim So Hyun who previously acted as Kim Sun in ‘Goblin’ even though her part wasn’t that big, but the drama is considered to be her masterpiece. She will also appear in MBC ‘Ruler: Master of the Mask’ as a character who has a calm and innocent charm. Both actresses that do not have similarities are expected to bring a difference in the entertainment industry in the future.

Kim Yoo Jung who was born in 1999 was an adorable child actress, now at the age of 19 she looks fresh. Her sweet smile and crescent eyes make a beautiful charm more prominent.

The light makeup which Kim Yoo Jung uses adds her refreshing image. Her T-zone and apple zone have a 3-dimensional sensation, her glossy lips also make her looks more refreshing. The shape of her eyebrows is curved, making her looks like a mix of western and oriental.

Kim So Hyun’s most prominent eye makeup is her mascara. Unlike the child actresses in general, she adds mascara to her eyes to look thick and long, which creates an adult image.

Her eyelashes have a ‘C farm’ which makes her eyes look big and deep. If we want to make our lashes thicker, clasp our eyelashes three to four times before applying mascara. If we first heat the eyelash curler with a hairdryer, we can maintain beautiful and durable eyelashes form.

We can also use cotton or cotton bud to heat part of our eyes that are not covered by the eyelash curler. After heating the tip of the cotton bud then we press it on the root of our eyelashes.

May 16, 2017 Tirta Comments Off on Ok Joo Hyun Talks about Her Latest Drama Musical, ‘The Bridges of Madison Country’
MOVIE VIDEO