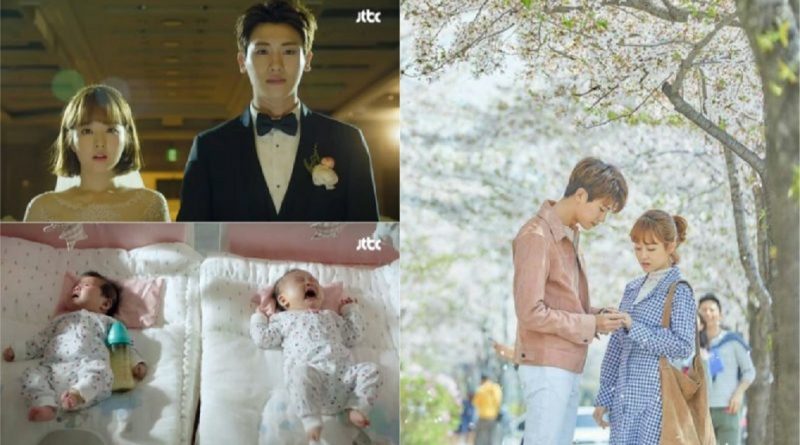 The cherry blossoms petals showered the road where Ahn Min Hyuk commented on the flowers falling above them while taking out a ring. Then he said, “Let’s stay together forever,” while putting the ring on Do Bong Soon’s finger.

The two who were united in their attempt to catch criminals had been waiting for this good day to come. The two continuously showed their affection toward each other and couldn’t take their eyes off each other as well.

They stared at In Gook Do (Ji Soo) with a sad expression. Gook Doo was really late to say, “I’ve been in love with you since long time ago”, to Bong Soon, but he still wished her happiness in the end.

On the other side, the people were praying for Ahn Min Hyuk and Do Bong Soon’s happiness on their wedding. Their families were expecting a boy from them, but Do Bong Soon gave birth to twin girls and that was a moment that cannot be forgotten. It seemed that her power would be transferred to her children. Hearing this, Ahn Min Hyuk could only smile. Actually, the twins couldn’t control their power.

Meanwhile, Do Bong Soon who had now become a mother, continued to live with her power which she used for good purposes. Ahn Min Hyuk chose to take care of his children alone. He kept his hold on Do Bong Soon’s hand really tight.

July 2, 2017 Ria Comments Off on Yoo Ah In is Discharged From Military Service
MOVIE VIDEO