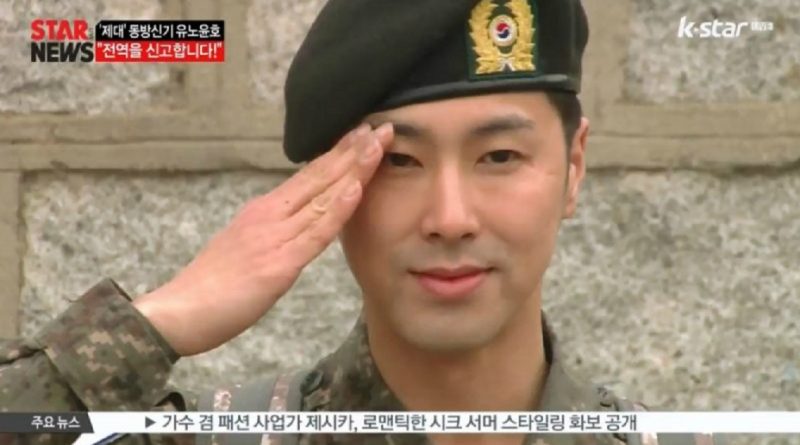 On April 19, TVXQ Uknow Yun Ho has officially finished his military service in Gyeonggi-do. The singer finally greeted his fans after 1 year and 9 months in the army. Yun Ho, who’s highly successful as an idol. Expressed his contentness upon completing his military service.

Girl grup is one of the main entertainments for guys who are undergoing their army service. Which girl group gave the most entertainment to Uknow Yun Ho? “The group who has given me so much encouragement is Red Velvet!” Yun Ho said. He said that he often thought about Jajangmyeon a lot when he was inside. “I want to eat Jajangmyeon, after this, I will immediately order Jajangmyeon, and then I want to drink cola.” But the thing that he misses the most in the military is of course his fans.

Uknow Yun Ho delivered his thanks to fans through a mini fan meeting. Public already cannot wait for Uknow Yun Ho’s comeback along with Max Chang Min, who’s still undergoing his conscription as an active police officer. There are 4 months left of Max Chang Min’s military service, so public could only see TVXQ in its full formation on August.

Welcome back from the army, Yunho!