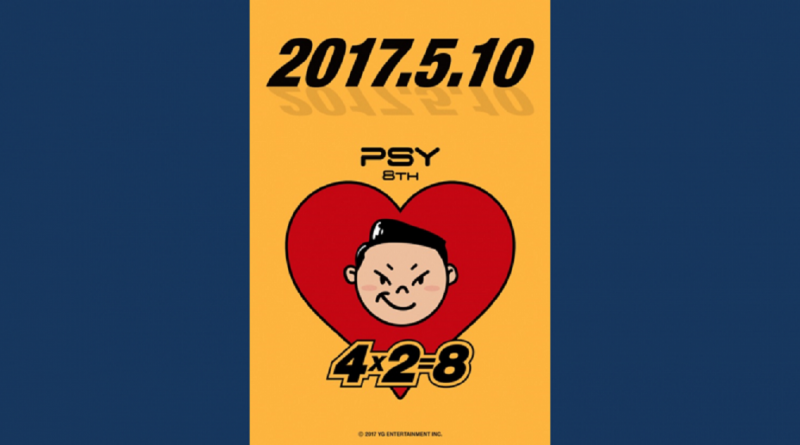 Psy will finally have a comeback!

Yesterday, YG Entertainment announced that Psy will release his 8th album on May 10.

YG announced the date by releasing a poster written with ‘PSY, 4×2= 8′ and a cartoonized face of the singer himself. Previously, photos taken from Psy’s music video shooting have circulated online, which had increased people’s anticipation toward his upcoming album.

“We know that a lot of people have been waiting for Psy’s comeback. He will present many songs with unique energies and enthusiasm, and we’re sure the music video will steal worldwide fans’ attention. On May 10, Psy’s new album is going to be revealed!”