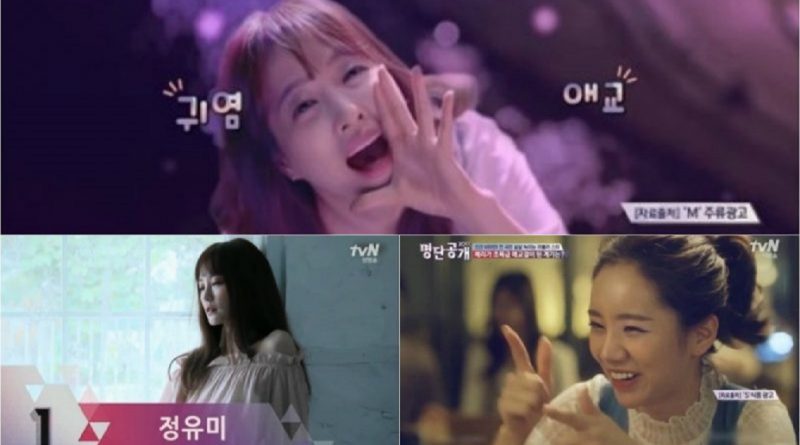 The latest episode of ‘The List 2017’ discussed the most lovable female stars in the Korean entertainment industry according to some experts in the field. Jung Yoo Mi, Park Bo Young, and Hyeri are chosen as the top three queens due to their amazing charm.

Jung Yoo Mi, the main star of tvN’s ‘Youn’s Kitchen’, ranked first as the most lovable female star. Jung Yoo Mi receives so much love for her explosive aegyo, and her co-stars often praise her for having such glowing skin and beautiful smile.

The second position is occupied by Park Bo Young, the petite 28 years old actress who has just finished shooting JTBC’s hit drama ‘Strong Woman Do Bong Soon’. Park Bo Young is an actress who has a strong ‘cute’ image. She even earned the nickname ‘Ppobeulli’ or ‘Bo-vely’ from many figures in the industry.

Girls’ Day Hyeri ranked in the third place. Public love Hyeri for her cute behavior and frankness, which she showed numerous times in MBC’s variety show ‘Real Men’ back in 2014.

Meanwhile, the fourth position is occupied by YoonA, whose beauty and vitamin-like energy has charmed many people ever since her debut days.