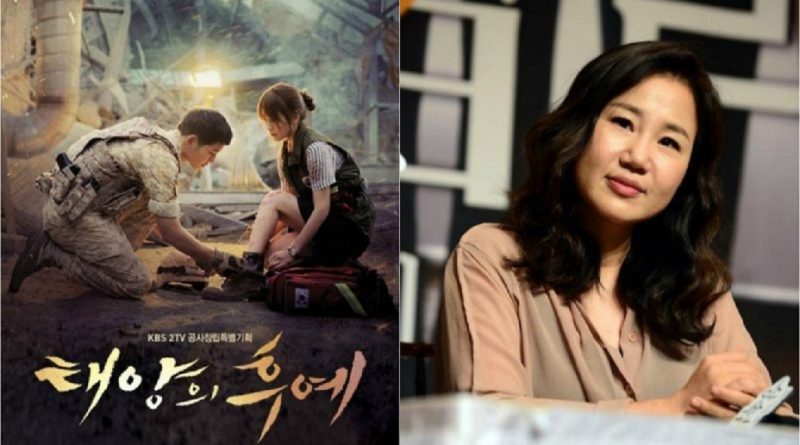 The screenwriter of tvN’s ‘Goblin’, Kim Eun Sook, on the third of May won an award in 53rd Baeksang Arts Awards. This is the first time for a TV cable drama to win an award in this event.

The previous work of Kim Eun Sook which is loved by the fans across Asia is KBS2’s ‘Descendants of the Sun’ drama. Less than a year since this broadcast, she tried a new genre by combining historical drama and a narration on tvN that has never been discussed before. The main casts, Gong Yoo, Kim Go Eun, Lee Dong Wook, Yoo In Na, and Yook Sung Jae acted well in the drama.

Upon receiving the award, she said, “I’m curious about how long this luck will continue to accompany me”. Started from 2004 through SBS drama ‘Lovers in Paris’, since then she never failed on producing good dramas. ‘Lovers in Prague’ (2005), ‘On Air’ (2008), ‘Secret Garden’ (2011), ‘A Gentleman Dignity’ (2012), ‘The Heirs’ (2013), she constantly produced a new work in 1-2 years range. While the audience might have changed, there is no ‘bad work’. Male actors like Park Shin Yang, Hyun Bin, Song Joong Ki, Gong Yoo, and others who have collaborated with screenwriter Kim are able to reach their second prime.

The secret behind her success is an endless effort. Competing in the same genre of romantic comedy, Park Song Ga, Jung Chi In, Goon In, and Go Jun Seol Hwa continue to explore new materials. Intelligence is her power but sometimes she gets a comment such as, “It feels weak”. The deepening of the structure and narrative used in ‘Goblin’ is the fruit of her endless efforts. Because of that, ‘A Hallyu Screenwriter Star’ then was born and attracted attention from the audience in Asia.