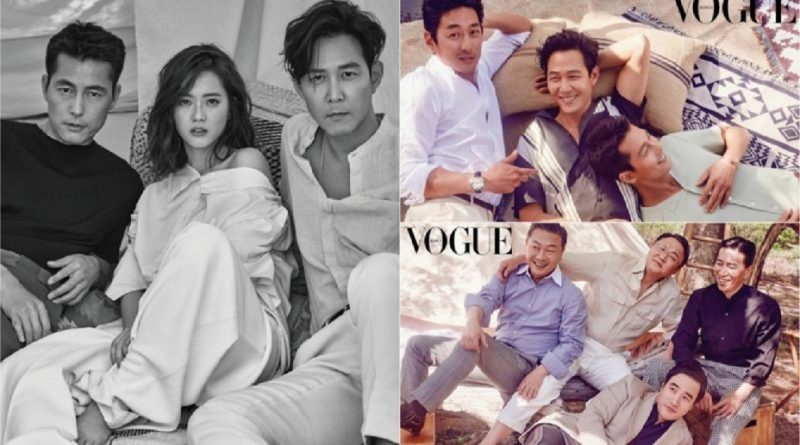 On May 19th, Artist Company released a photo shoot together with Vogue magazine to commemorate the company’s first anniversary.

On a sunny day in April, ‘Artist Company’ gathered together, which include Lee Jung Jae, Jung Woo Sung, Ha Jung Woo, Yum Jung Ah, Go Ara, along with 19 other artists.

It’s been a year since ‘Artist Company’ is founded by Jung Woo Sung and Lee Jung Jae, now they have 19 other artists. To celebrate their agency’s anniversary, they gathered together and grabbed the public’s attention.

The photoshoot showcases the actors in style just like in a movie scene. The natural atmosphere on the edge of the river looks warm and peaceful along with the presence of the stars.

The happy family atmosphere among the actresses and actors can be felt strongly, it can be one of the reasons they work together in ‘Artist Company’.