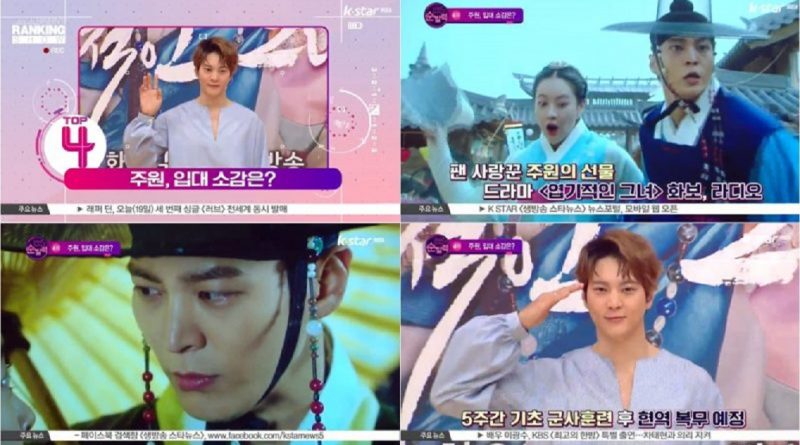 On May 16, Joo Won queitly entering the Army Training Recruit in Kangwon to start his military service.

A day before that, on May 15, Joo Won attended the press conference of ‘My Sassy Girl’. He also bid his farewell to fans. “Tomorrow, I’m going to the army. Eventhough I feel weird, I think everything will be okay,” said the actor.

Joo Won also commented on his last drama before entering the army, ‘My Sassy Girl’. “When I was considering my next project I thought, “Ah right, this will be my last project before the army”. The reason why I chose ‘My Sassy Girl’ was because I know fans wanted to see me in both a romantic comedy and a colossal drama, and those two things could be found in ‘My Sassy Girl’,”

Joo Won will start his military service by undergoing 5 weeks of army training. We hope he could experience his service period healthily.

June 9, 2017 Tirta Comments Off on Bigbang’s TOP is Found Unconscious After Tangled Up in Marijuana Controversy
DRAMA VIDEO

May 17, 2017 Tirta Comments Off on Yoo Seung Ho and Kim So Hyun in ‘Ruler: Master of the Mask’ Press Conference
DRAMA VIDEO

May 16, 2017 Tirta Comments Off on Ok Joo Hyun Talks about Her Latest Drama Musical, ‘The Bridges of Madison Country’