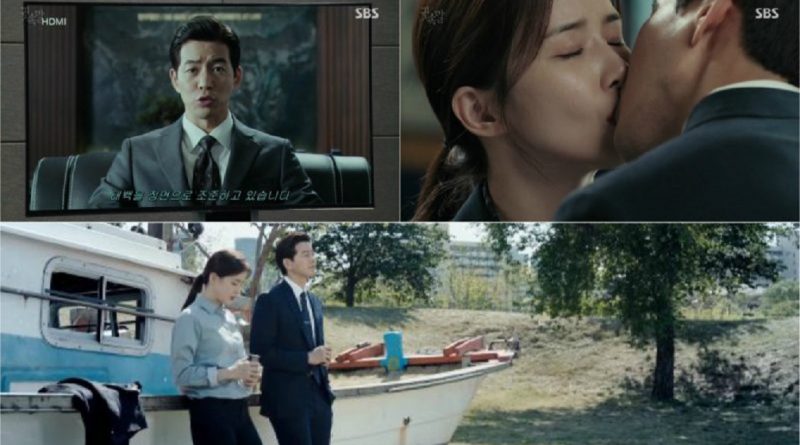 This week’s episode of SBS’ Monday-Tuesday drama, ‘Whisper’, scored an average rating of 19.2%, with 22% rating as its peak.

The scene that recorded the highest rating is the scene where Young Joo (Lee Bo Young) had to arrest Dong Joon (Lee Sang Yoon). Young Joo managed to gather evidences to prove his father’s innocence, but she could not prevent Dong Joon’s self-sacrifice. Afterwards, Dong Joon gave all the files that could prove Taebaek’s corruption to Young Joo. The lightest verdict for Dong Joon was about five years in prison. It made Young Joo worried. However, Dong Joon left Young Joo with a warm smile and said, “It must be scary being alone,” to which Young Joo replied, “Yeah, I’m scared being alone now.”

When the day of Dong Joon’s arrest came, Young Joo and other polices departed to Taebaek. Seeing Young Joo entering Taebek’s office with a sad face, Dong Joon immediately smiled warmly. Young Joo conveyed that Dong Joon has the right to defend himself in court, but Dong Joon replied, “I will not defend myself. That is my will. It’s just not worth it.” Dong Joon’s behavior demonstrated that conscience still exists in the world of law.