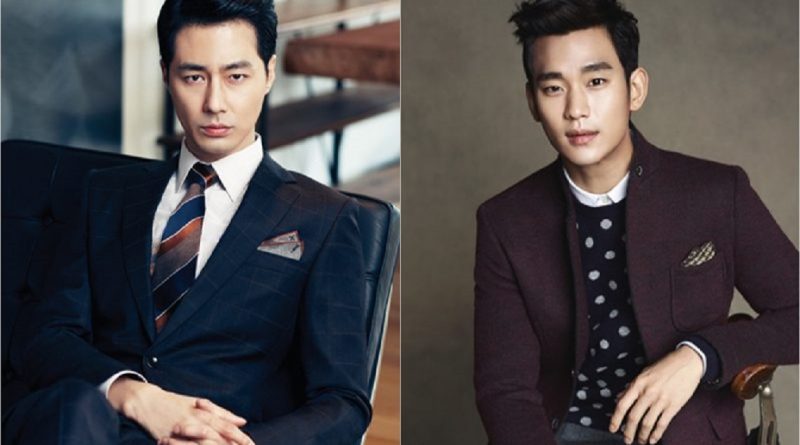 The presence of top stars who rarely appear in variety shows added to the audience’s excitement. Jo In Sung recently appeared as a guest star in the 500th episode of KBS ‘Happy Together’, while Kim Soo Hyun participated in MBC’s ‘Infinity Challenge’ which was aired on June 10th.

Jo In Sung and Kim Soo Hyun are top stars desired by many variety shows. As it seemed impossible to have them appear in variety shows, their presence in ‘Happy Together’ and ‘Infinity Challenge’ was staggering.

Jo In Sung went straight to the ‘Happy Together’ studio after receiving a call from Ji Suk Jin. He does not have a close relationship with Ji Suk Jin, but he responds to Ji Suk Jin’s request, who said that viewers want to see him perform on variety shows. However, in the episode, Jo In Sung did not act like a guest star, but more like one of the show’s MC. He became a hero after calling some other Korean top stars whom he’s close with, such as Park Bo Gum and Song Joong Ki.

On another side, Kim Soo Hyun once promised the members of ‘Infinity Challenge’ to appear in the show if they hold a bowling match. Kim Soo Hyun’s seemingly impossible presence turned out to be faster than imagined. Kim Soo Hyun and the members unknowingly played bowling until dawn. The actor’s presence was highly anticipated by regular viewers of the show after the production team released some preview photos of him playing bowling.

June 18, 2017 Tirta Comments Off on What Does Tilda Swinton Think about Bong Joon Ho, Director of ‘Okja’?
DRAMA VIDEO

August 15, 2017 Tri Comments Off on Actor Lee Soo Hyuk Joins Military Service On August 10th and Will Return In A Good Condition