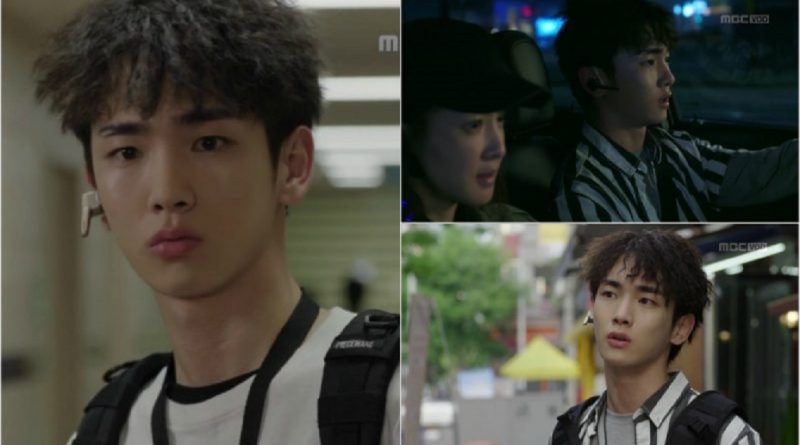 ‘Lookout’ SHINee Key and his relationship with a new mission.

MBC Monday-Tuesday special drama ‘Lookout’ will be getting tenser as the meeting continues. In episode 15 and 16, finally, the face of the members was revealed.

Then in the episode which was aired on Jun 19, in episode 17 and 18, new missions will be revealed to the guards. This mission will have a relation to Ko Kyung Soo’s mother whom he has been looking for. The audience wonders what happened to the mother and her family.

The past of the honorable souls that have been revealed so far is revealed through dialogues. Ko Kyung Soo said there’s someone he should look for, and it is his missing mother. This is revealed in a conversation with Seo Bo Mi (Kim Seul Gi). In the past, Ko Kyung Soo felt ashamed of his mother and embarrassed to show her to his friends. And after losing his mother, he regrets his own actions.

In this case, Lookout’s production team has focused on Ko Kyung Soo’s publication that received a mission related to his mother.

The one who is letting go of the suspect of Jo Soo Ji’s daughter murder case and also the case of Seo Bo Mi’s family, everything is related to Yoon Seung Ro.

The representative of ‘Lookout’ conveyed, “Gong Kyung Soo who is always cheerful and positive turned out to have a bleak past. Chairman of the guards, Jang Do Han is examining their relationship with prosecutor Yoon Seung Ro in Gong Kyung Soo’s case and also keeping an eye on the teamwork of the guards in finding Gong Kyung Soo’s mother”.

In search of his missing mother, SHINee Key becomes a member of the guards, and his past story will be aired on MBC’s Monday-Tuesday special drama ‘Lookout’ episode 17 and 18 on June 19th at 10 PM.