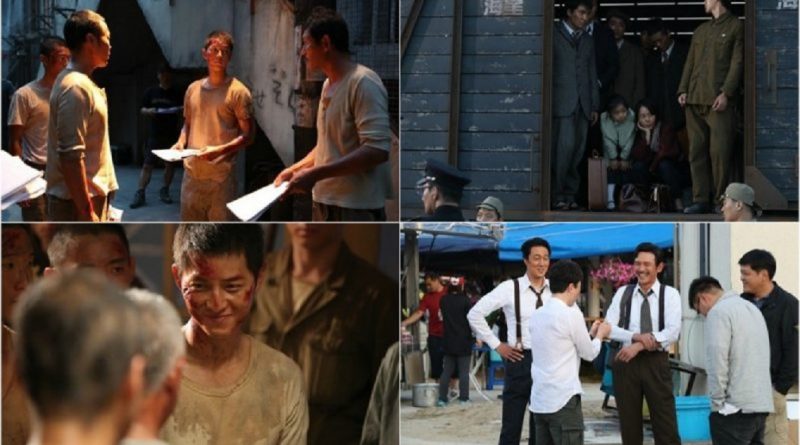 The film ‘The Battleship Island’ released a snippet of images showing the cooperation between the actors that looked so intimate and fun.

Director Ryoo Seung Wan, who was successful with his previous movie ‘Veteran’ which has been watched by more than 13 million viewers, in 2017 will launch his new work ‘The Battleship Island’ starring Korean best actors such as Hwang Jung Min, So Ji Sub, Soong Joong Ki, and Lee Jung Hyun.

In the scene, the actors of ‘The Battleship Island’ perform heavy and hard scenes, but they never lost their smiles and laughter on the set.

Hwang Jung Min always proposes ideas for various characters in this film and always encourages and energizes the actors. Director Ryoo Seung Wan is always chatting with the actors before shooting so that they can get each other’s energy at the shooting location. Hwang Jung Min, So Ji Sub who plays as Choi Chil Sung, and the other actors have built a friendly and intimate collaboration for six months.

Not only that, Song Joong Ki who acts as OSS agent Park Moo Young said, “Actor So Ji Sub teaches us how to safely raise the role in the movie ‘The Battleship Island’,” he said while telling behind the scenes in filming the movie without having major accidents.

Meanwhile, the movie ‘The Battleship Island’ by director Ryoo Seung Woo tells about the struggles of the Korean people during the Japanese colonization. The film will air in Korea on July 26, 2017.