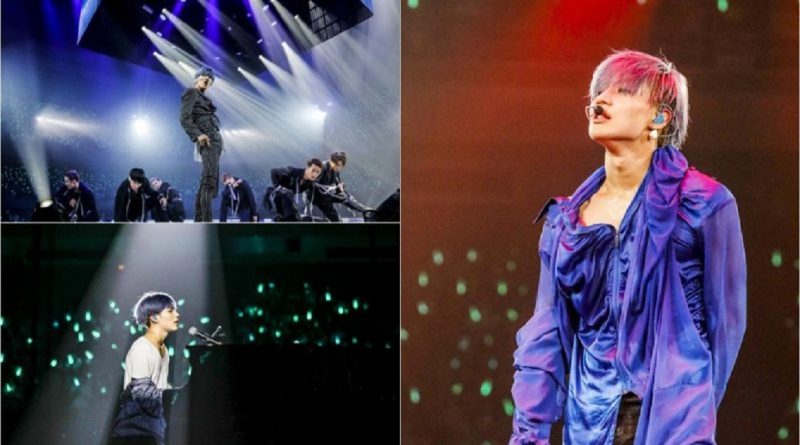 Tae Min from SHINee held his first solo performances in Japan. Tae Min’s solo concert, entitled ‘TAEMIN THE 1st STAGE Japan Budokan’ was held in Budokan, Japan , on July 1st and 2nd. Both performances were sold out and attracted 28,000 spectators.

At the show, Tae Min sang ‘Sayonara Hitori’ and ‘Tiger’ from his Japanese debut album and of course featured a unique and colorful showcase of the songs ‘Danger’, ‘Press Your Number’ and ‘Drip Drop’. The audience was mesmerized by a spectacular stage with a combination of colorful directions.

In addition, Tae Min’s song ‘Flame of Love’, ‘I’m Crying’, ‘DOOR’ and ‘Otsuka Ai’ from his new mini-album which will be released on July 18th in Japan were also featured on stage for the first time.

On the July 2nd show, his concert could be watched live from around the world through LINE LIVE. The number of viewers reached 320,000 people and the results showed a warm response, proving Tae Min’s worldwide popularity.

After Tae Min finished the show, he said, “I’m glad to be able to meet you in my first solo stage. My new solo album will be on sale soon, and SHINee’s show will soon be scheduled. Please keep supporting me.”

May 25, 2018 Ria Comments Off on 4 Korean Actors Who Also Become A Director
BEAUTY Rank&Talk