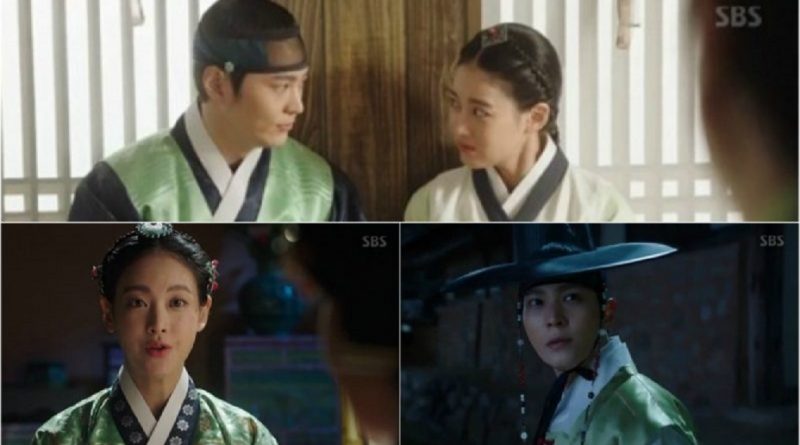 SBS’s Monday-Tuesday drama ‘My Sassy Girl’ on the 4th, Gyun Woo (Joo Won) and Princess Hye Myung’s (Oh Yeon Seo) distanced from each other because of Queen Han who got exiled.

It’s clear Gyun Woo will give a reason. He does not say anything, and then Princess Hye Myung tells her disappointment, “I thought you were on my side, apparently not”. From that day on, Gyun Woo is still worried about Princess Hye Myung, who always refuses to meet him. The two people, who have misunderstood but still love each other, seek advice from Won Ja and Chun Poong.

Gyun Woo is looking for her first. Gyun Woo who goes to the Hermitage, accidentally meets with Princess Hye Myung, and then apologizes, “There must be a reason why Gyun Woo did not tell me anything. I also had time to think about Gyun Woo’s feelings”. Then they share a kiss. However, Young Shin and Byeol Yi who want to say that they must immediately return to the palace, hold back his intentions because they do not want the two people to be separated. Then late at night, Kang Joon Young, who witnessed the two in front of Princess Hye Myung’s residence, showed sadness in his eyes.