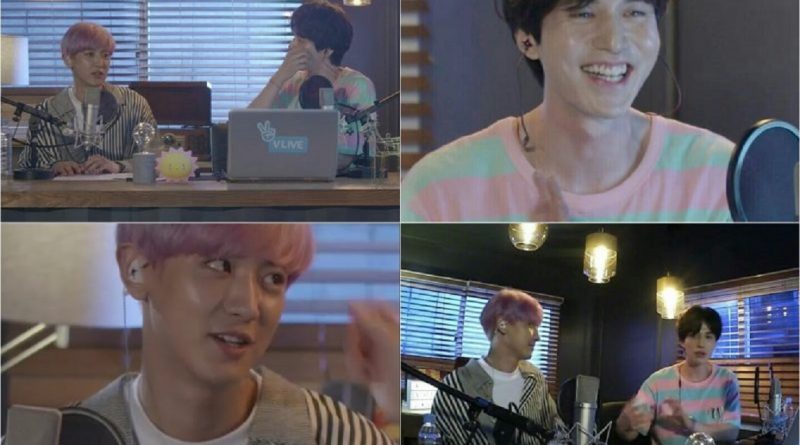 On July 12, Chanyeol appeared as a guest star on Naver V App’s ‘Lee Dong Wook’s On the Air’ show. Many netizens are waiting for Chanyeol and Lee Dong Wook to smile happily with the appearance of the junior he loves.

Lee Dong Wook and Chanyeol started their friendship through SBS variety show ‘Roommate’ in 2014. It’s been a long time since they met and they were a bit awkward airing together, but over time we can feel their closeness. For the sake of Lee Dong Wook, Chanyeol came in and it also became the first time that he gave a spoiler about the EXO comeback.

On that day, to explain slang language to Lee Dong Wook who doesn’t understand it, Chanyeol comes, ‘Is this a true story?’ ‘I will remember in my heart’ while explaining the slang language, making the atmosphere between them feels friendly. Lee Dong Wook and Chanyeol, with their sweet voice, are making the heart of the fans fluttered.

In the ‘night treatment’ segment the two discussed the sadness of the main character. The chemistry between them can be strongly felt, Lee Dong Wook also asks many things about Chanyeol and looks comfortable around him. For the sake of Chanyeol who cannot eat meat on Chobuk’s day, they promise to replace it to Jungbok and Malbok’s day. Nothing can replace this lovely meeting of Lee Dong Wook and Chanyeol.