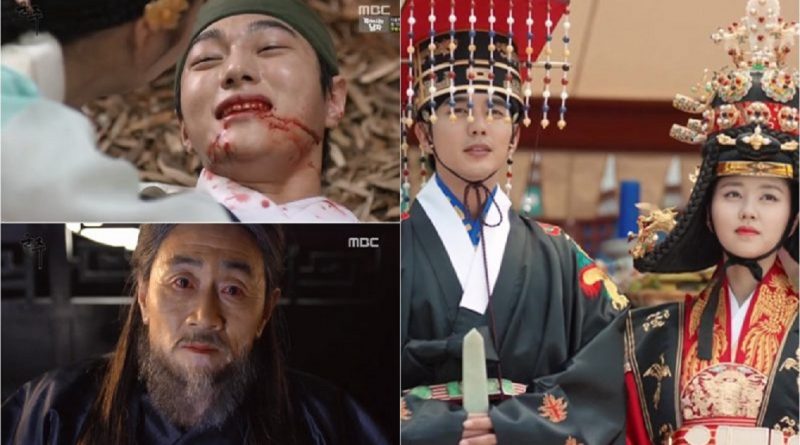 The crown prince succeeded in creating the antidote but the poisoned person did not believe it because they knew the son of Dae Mok gave out the recipe for making the antidote. Ga Eun (Kim So Hyun) drinks the poison in front of them and proves that the drug can cure her. The people affected by the disease recover by taking their antidote and they stop protesting. Ga Eun’s sacrifice gives something unexpected.

The crown prince along with the palace officials are looking for Dae Mok and said to have found the antidote, Dae Mok’s followers are subject to the crown prince.

The crown prince said “I will not make you like a monster anymore” and for the sake of his people, he became a king. “If only I meet with someone strong like you before”, said Dae Mo, then he vomited blood. Before meeting the crown prince, Dae Mok already drank the poison first. “I’ll see how you changed Joseon”, Dae Mok said, then he died.

Lee Seon (L) takes the antidote. He realized Hyun Suk was one of the men of Dae Mok, in order to protect Ga Eun from a danger, Lee Seon was stabbed by a sword. At that time the crown prince came and saved Ga Eun. “To me, Your Highness is the first and the last. Be a great king”, Lee Seon said then died.

One year later Ga Eun became the queen and the crown prince becoming the absolute king and is loved by his subjects. The drama ended happily.