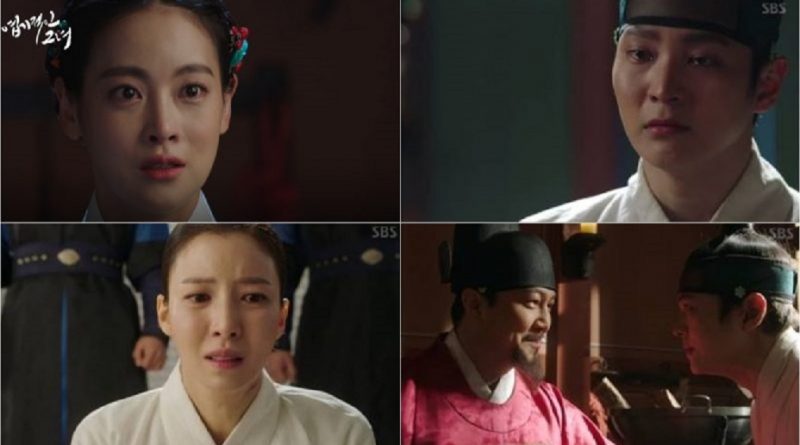 In the episode of SBS ‘My Sassy Girl’ episode 29 and 30 which was aired on July 17th, the relationship between Princess Hye Myung (Oh Yeon Seo) and Kyun Woo (Joo Won) was strained. They found out that 10 years ago, Queen Park used facts about Zen Buddhism that was written by young Kyun Woo to throw Queen Han from her throne. Kyun Pil Hyung and Kyun Woo were slandered.

That night, Kyun Woo asked someone to summon Kang Jun Young and left the prison. At the same time, Chun Poong became an intruder and threatened Jung Ki Joon. Apparently, Chung Poong was the brother of Prince Chuseong. When Jung Ki Jun wanted to kill Chun Poong, an arrow was shot.

With only 2 episodes left of ‘My Sassy Girl’, could Princess Hyemyung and Kyun Woo reveal the truth behind Han Queen’s case and have their happy ending?