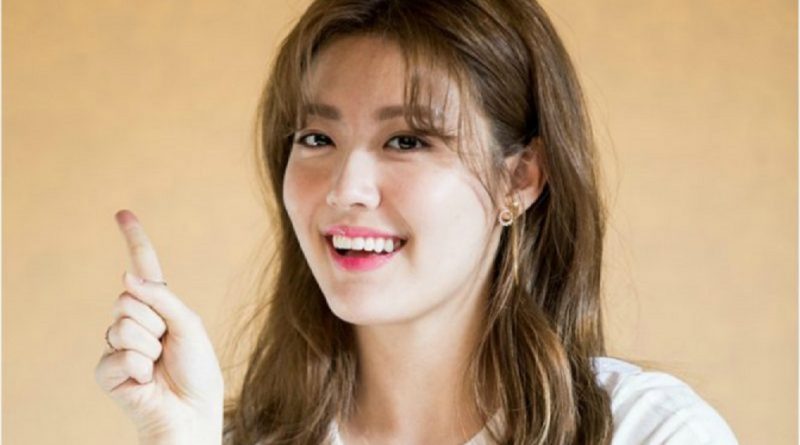 Nam Ji Hyun said, “I’m glad to see that you’re fine. I want to thank Ji Chang Wook for acting well”, she said. “Maybe another actress would find it easy to act romantically with Ji Chang Wook,” she continued, raising her thumb.

Nam Ji Hyun further added, “In the drama ‘What Happens to My Family’ and ‘Shopping King Louis’, I haven’t had the opportunity to show the public about myself. Maybe this is my first time performing with makeup properly”, she said with a smile. “I acted as a lawyer, so I wore formal attire”.

In the drama ‘Suspicious Partner’, Nam Ji Hyun and Ji Chang Wook do a lot of skinship scenes. One of the questions directed to her was, “You guys have to be romantic so the pictures taken should look really good. You guys talk a lot during practice, Is it because you collaborated with Ji Chang Wook?”. Nam Ji Hyun replied, “My parents say ‘My daughter has grown up now’, my friend shows two different reactions ‘I think you’re not awkward’ and ‘I envy you'”, she replied with a laugh.

Nam Ji Hyun added, “Ji Chang Wook is a very nice person. However, because I got a lot of scenes with him, so I became familiar with him very fast. We did the scenes with lots of laughter. I feel like he is more like a comrade”, she emphasized the friendship between them as if there were no other feelings.