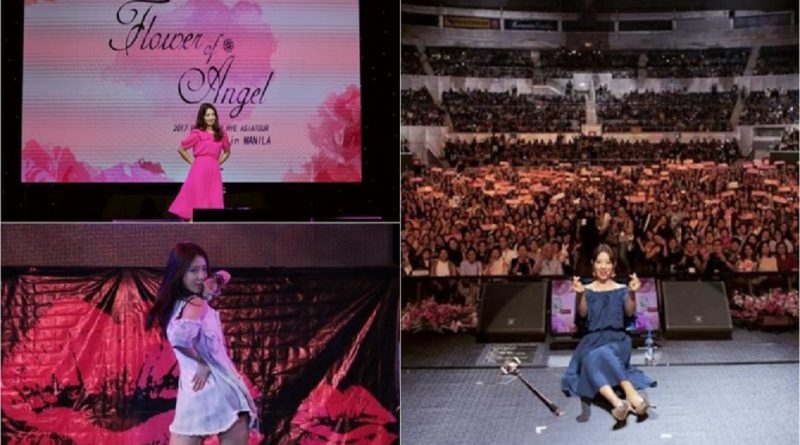 Even in the midst of a stormy Philippines, fans had lined up since early morning to see Park Shin Hye. The enthusiasm and support shown for her were proofs that Park Shin Hye’s popularity is highly recognized in the country.

The actress sang ‘My Dear’ as the opening. With her lovely sound and sweet appearance on stage, Park Shin Hye sang the OST of ‘Pinocchio’, ‘Love is Like A Snow’ and OST of ‘The Heirs’, ‘Story’.

Park Shin Hye also shared behind the scene stories of her dramas, one of them is Doctors’, that is currently airing in Philippines. In the middle of the show, Park Shin Hye also danced to Twice’s ‘Cheer Up’ and ‘Sha Sha Sha’, making her fans fell in love with her even more.