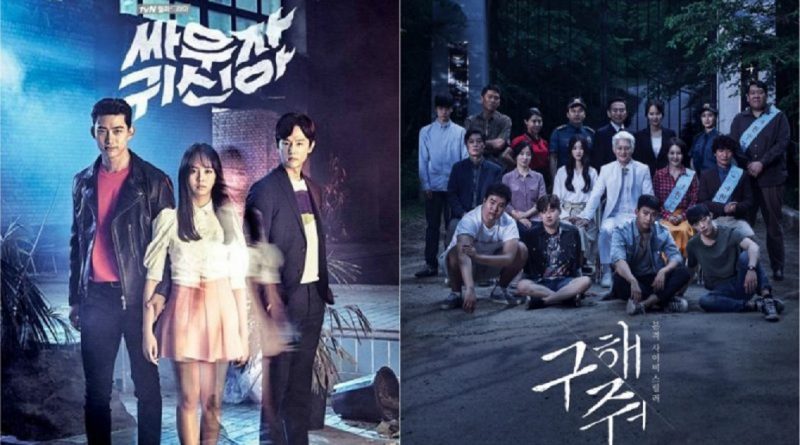 On August 5th, OCN’s latest weekend drama ‘Save Me’ will be aired for the first time. ‘Save Me’ is a drama adapted from the webtoon titled ‘Sesang Bakeuro’, which tells the story of a group of pseudo religions that keep their first love.

The pseudo religion has long been a topic that has never been raised into a Korean drama. The fact that young people in the countryside are trying to unlock the mysterious thing unknown to the public and they are pulling themselves into it.

But the viewers feel familiar with Ok Taecyeon. Last year, Ok Taecyeon played in the tvN drama ‘Bring It On, Ghost’ as Park Bong Pal who is someone who chases after a ghost. With his ability to see and touch ghosts, Bong Pal gets rid of billions of ghosts.

The drama ‘Bring It On, Ghost’ and ‘Save Me’ tells about an unseen reality. The drama ‘Save Me’ tells the story of the pseudo religious group while ‘Bring It On, Ghost’ tells the process his character maturing and growing through chasing off the devil. This drama will present the social issues which seem to be the hidden reality. Ok Taecyeon this time played in a drama similar to the previous drama, so the expectation about his character and latest drama is high.