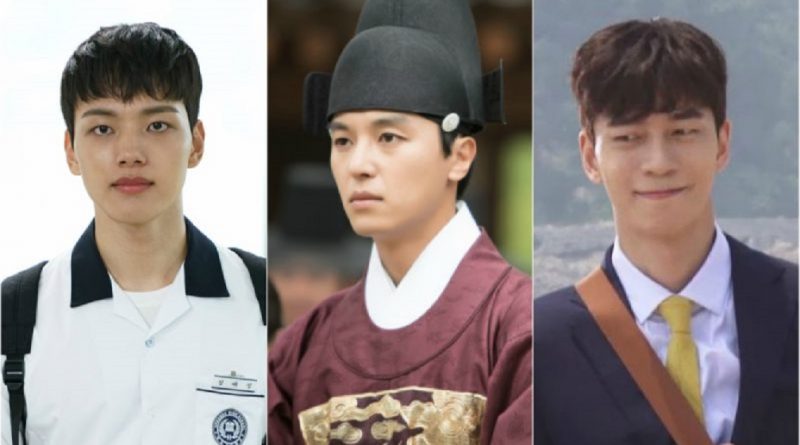 Yeo Jin Goo, Yeon Woo Jin, and Shin sung Rock are the three male leads of Wednesday-Thursday dramas: ‘Reunited Worlds’, ‘Seven Days Queen’, and ‘Man Who Dies to Live’. The three of them have different love stories with their female leads.

In SBS ‘Reunited Worlds’, Sung Hae Sung (Yeo Jin Goo) plays the role of a person who remains a high school student. Hae Sung was killed in an accident. Twelve years later, he came back to lifem, and he still remembered his first love, Jung Jung Won (Lee Yeon Hee).

On the other hand, Jung Jung Won had been living with guilt because of Sung Hae Sung’s death. Sung Hae Jung tried to make her believe that she should not feel guilty. “It’s not your fault,” he said, trying to comfort the girl.

In KBS ‘Seven Days Queen’, Lee Yeok (Yeon Woo Jin) had been in love with Shin Chae Kyung since they were adolescents. However, there were so many obstacles in their relationship. Things got worse when Chae Kyung’s parents were killed in the process of Lee Yeok’s enthronement as King. Though so, Yeok and Chae Kyung had never faltered in showing their love for each other.

In MBC ‘Man Who Dies to Live’, Kang Ho Rim (Shin Sung Rok) had a new relationship with a new woman named Lee Ji Young (Lee So Yeon), even though he already had a wife with the same name (Kang Ye Won). Kang Ho Rim was a selfish man who only thought about himself. After finding a more beautiful woman, he left her to start a new relationship.

Which Wednesday-Thursday male lead is your favorite among these three?