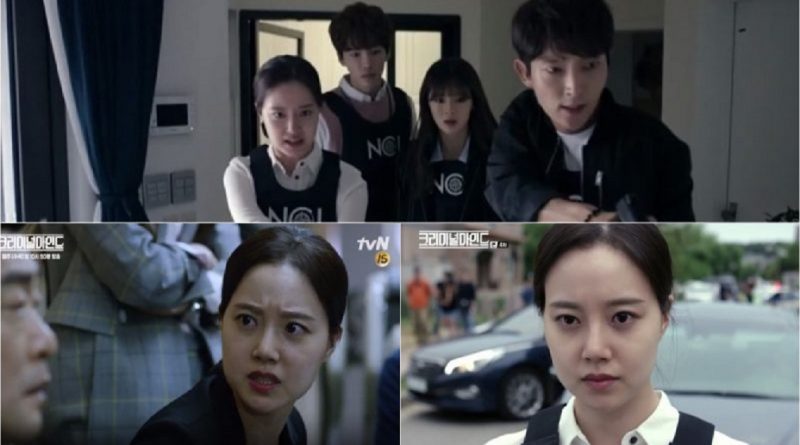 On August 3, tvN’s Wednesday to Thursday drama ‘Criminal Mind’ in episode 4 depicts the wife and the child of NCI’s team leader Ki Hyung (Son Hyun Joo) who is in danger of the reaper, the serial killer. To capture the suspect of the Reaper murder, Sun Woo (Moon Chae Won) is in danger. At the office, she performs profiling of criminals with remarkable analytical skills. NCI’s behavioral analysis team is shaken by the case, especially after seeing the death of their family and the perpetrators detained Ki Hyung.

Mon Chae Won shows her inner side that has never been shown and shocks the audience with her new look. The person who is facing the perpetrator in the market and fights them. In the midst of the market crowd, Moon Chae Won creates action scenes by beating adult males in just one move. Moon Chae Won is loved as ‘Queen of Romantic Comedy’ and ‘Queen of Mellow Drama’. Only time will answer how big the audience’s enthusiasm is when she prepares her first investigation.

This character makes her must put up a cold behavior throughout the day. But the tears that come down when seeing Ki Hyung’s wife shows her figure who has a warm heart. This scene shows the tears that Moon Chae Won shed. So far, Moon Chae Won has transformed into a straight-to-the-point figure but the emotions and the tears that she showed are amazing.

At the end of this episode of tvN ‘Criminal Mind’, the complexity and confusion that are reflected through her eyes as she stared at the family members evoke the curiosity of the viewers with the continuation of the story. In the next episode, what kind of incidents will happen? The drama airs every Wednesday and Thursday at 22.50 South Korean time.