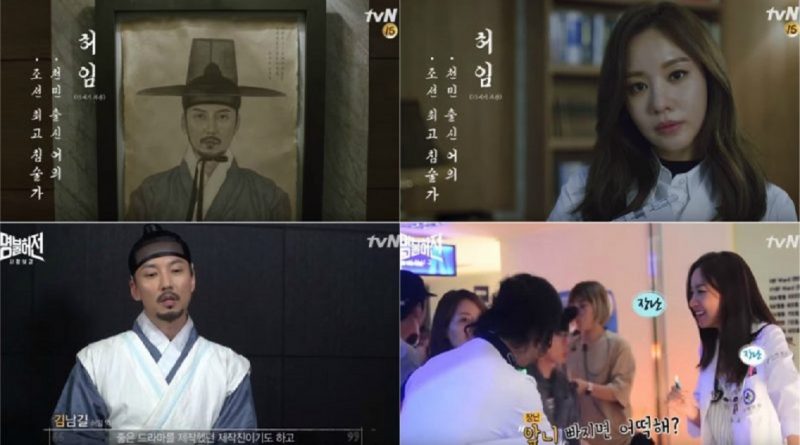 The drama ‘Live Up To Your Name’ will replace the action drama ‘Stranger (Secret Forest)’ which tells the story of 400 years ago and becomes the new genre of tvN.

On August 5th, the drama ‘Live Up To Your Name’ aired a special broadcast.

Heo Im acts as Kim Nam Gil, who comes from the Joseon dynasty, Kim A Joong plays Choi Yeon Kyung who drew attention with her charm from her previous dramas. The presence of actors Eon Hyo Seop, Tae Hang Ho and others also attracted the attention of many viewers.

Kim A Joong who acts as a physiotherapist shows her interest to learn how a surgeon does his job, and Kim Nam Gil also practices acupuncture in a mannequin before filming. After hearing the word “Cut” from the director, Kim Nam Gil immediately said, “Are you okay?” to his co-star.

All became strange when Kim Nam Gil came from Joseon dynasty 400 years ago to the present Korea in 2017. The story of ‘Live Up To Your Name’ can be seen from the highlights that have been released.

February 12, 2018 Tirta Comments Off on 5 Korean Artist Who are Born Wealthy
Rank&Talk TRAVEL