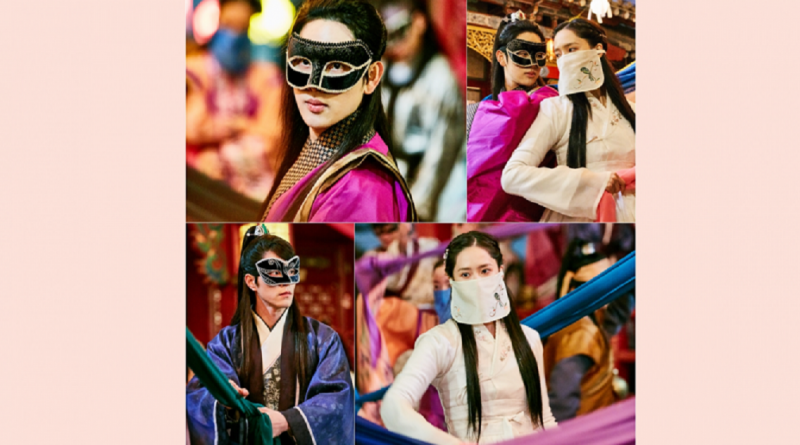 In last week’s episode, despite Wang Rin’s protest, Yoona had agreed to go on with her arranged marriage. She decided that her last memory with both Wang Won and Wang Rin would be the tea party.

In the previews for tonight’s episode, the three of them are in the tea party. They are wearing masks on their face.

Im Siwan, Im Yoona, and Hong Jong Hyun could be seen dancing among colorful draperies. In another picture, Im Siwan and Im Yoona danced with their shoulders in a back to back position.

Im Siwan could not turn his eyes away from Im Yoona. Im Yoona showed a beautiful dance and a vague expression. Hong Jong Hyun also could not concentrate on his dance moves. Both men’s eyes look sad while watching Yoona’s movement.

The production team said: “In today’s tea ceremony scene, we can see Wang Won, Eun San and Wang Rin getting in the way of each other. Their triangle love story would get even deeper, please pay attention to their show of subtle emotions.”

July 2, 2018 Tri Comments Off on 3 ‘Second Lead’ Couples Who Have A Strong Chemistry