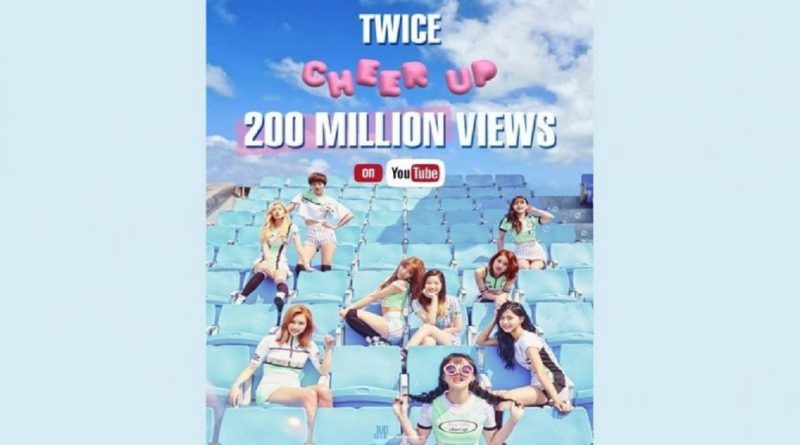 TWICE’s ‘CHEER UP’ MV has been viewed over 200 million times on Youtube. With this TWICE became the first K-POP girl group whose two MVs have surpassed 200 million viewers.

TWICE shows not only an extraordinary strength, but they have set new records and they are expected to continue setting a new record in the future. In May this year TWICE has released a song for the 4th mini album titled ‘SIGNAL’ and its MV has now been watched over 90,890,000 times, reaching 100 million viewers real soon.