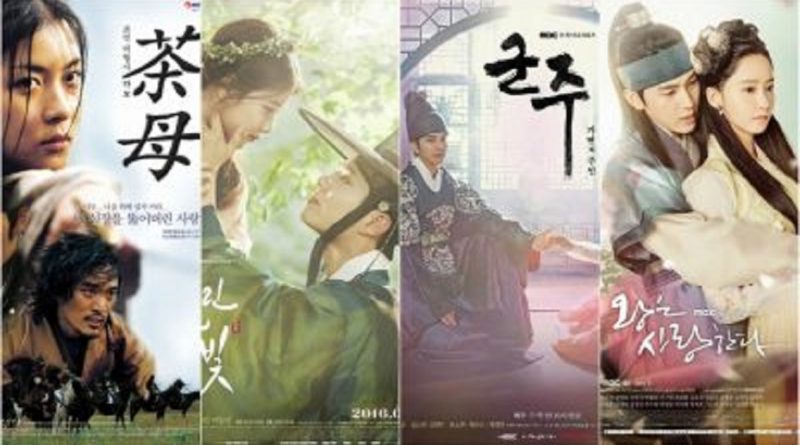 As a result, even in the historical drama, some couples appear with great chemistry that is compatible with ordinary romanctic dramas.

“Doest it hurt? I’m also hurt, ” is a famous dialogue of the MBC drama ‘Damo’ by Chae Ok (Ha Ji Won) and Hwang Bo Yoon (Lee Seo Jin) couple. The couple in  ‘Damo’ is still loved by many people even though this drama aired in 2003. At that time, ‘Damo’, which is loved by the community for the sad love triangle surrounding Chae Ok, Hwang Bo Yoon and Jang Sung Baek (Kim Min Joon ) made many viewers cannot forget it and become fans of the drama.

KBS 2TV drama ‘Moonlight Drawn by Clouds’, which was popular in 2016, is a drama that has received much love because of Lee Young (Park Bo Gum) and Hong Ra On’s (Kim Yoo Jung) love story. Lee Yong and Hong Ra On’s fascinating love story was enough to captivate emotions. Park Bo Gum and Kim Yoo Jung, who gave the best chemistry, became the lead character who made fans love the drama.

Lee Seon (Yoo Seung Ho) and Han Ga Eun (Kim So Hyun) in the MBC drama ‘Ruler’, which aired in the first half of 2017, got a lot of love as a ‘SeonGaEun couple’. Yoo Seung Ho’s visual beauty and great chemistry with Han Ga Eun added to the historical drama that matches the title of the drama that was made. Moreover, there are still many supporters of ‘SeonGaEun’ waiting for the reunion of Yoo Seung Ho and Kim So Hyun in other dramas.

Wang Won (Im Si Wan) and Eun San (Im YoonA) from Monday-Tuesday drama MBC ‘The King Loves’ in a recent broadcast have have been receiving several names like  ‘WonSan couples’ from the beginning. Im Si Wan and Im YoonA’s chemistry have become the important factors for the audience of this drama. For the encounter between handsome man and beautiful woman, ‘The King Loves’ features a unique visual beauty to make many viewers adore the ‘WonSan couple’.

May 12, 2018 Ria Comments Off on 4 Artists Who Surprisingly Follow The Short Haircut Trend
BEAUTY Rank&Talk