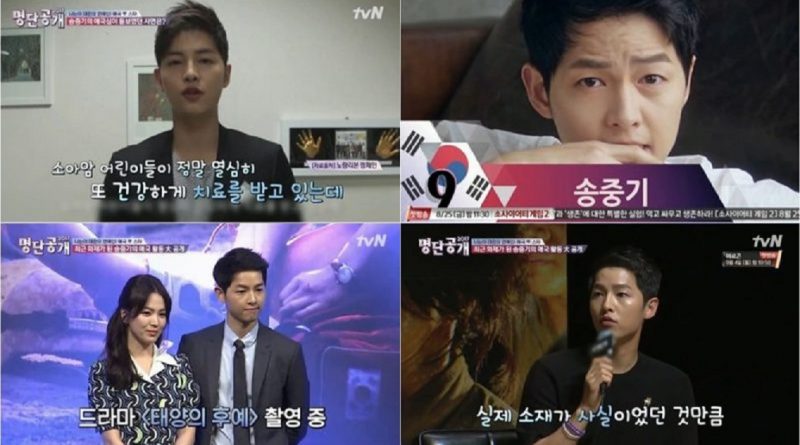 Actor Song Joong Ki in ‘The List 2017’ is ranked 9th as K-Star Patriot. On the 14th, as a special episode to mark the 72nd anniversary of independence on August 15th, the tv show ‘The List 2017’ features the theme ‘I am Celebrity of Korea! Patriot K-Star’.

That day, Song Joong Ki was ranked ninth as a country-loving entertainer. Song Joong Ki earned praises from his fellow artists and became a representative of the entertainment industry by leading various movements such as sponsoring children who are suffering from cancer.

In 2011, in a variety show program, he went to the store and found a restaurant. He asked “Is there a kimchi. Not kimuchi but kimchi”, he was able to see the pronunciation of Japanese employees. He also added, “Dokdo is our land.”

The movie ‘Battleship Island’ is highly anticipated. He said passionately, “The warship is included in UNESCO’s heritage”. It is a work that many artists have tried but in the midst of popularity through the ‘Descendant of the Sun’, he is credited for starring in ‘Battleship Island’ which can be something that is sensitive to his overseas fans. After two days of filming, he decided to study history.