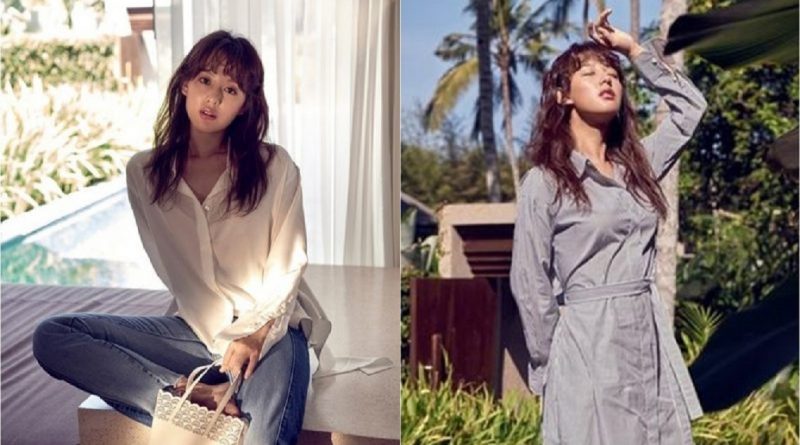 Actress Kim Ji Won did a natural photo shoot in Bali. On 18th of August, the agency released the photos of actress Kim Ji Won who will decorate the fashion magazine, Marie Claire, in their September edition.

In the released photos, Kim Ji Won shows a peaceful atmosphere with the exotic scenery. She sunbathed in the warm sunshine of Bali and closed her eyes. Her hair is naturally blown by the wind, giving a relaxing effect in the middle of the holiday.

In other photos, Kim Ji Won shows a natural beauty by wearing a simple white shirt combined with denim pants. Her brown dress and sharp jaw give a romantic feeling to the photos.

Kim Ji Won conducted a brief interview in the middle of the photo shoot. She revealed “To me acting is just like a daily challenge. But I challenge myself with a positive attitude rather than being hurt by defeat. I want to live like ‘Ae Ra'”.

She added, “After I finished Descendants of the Sun I wanted to show you the work that suits my age. Then, I was offered ‘Fight for My Way’. Thanks to that I can show my youthful side. Right now I want to play a more mature character, fortunately, it can be found in ‘Detective K 3′”.