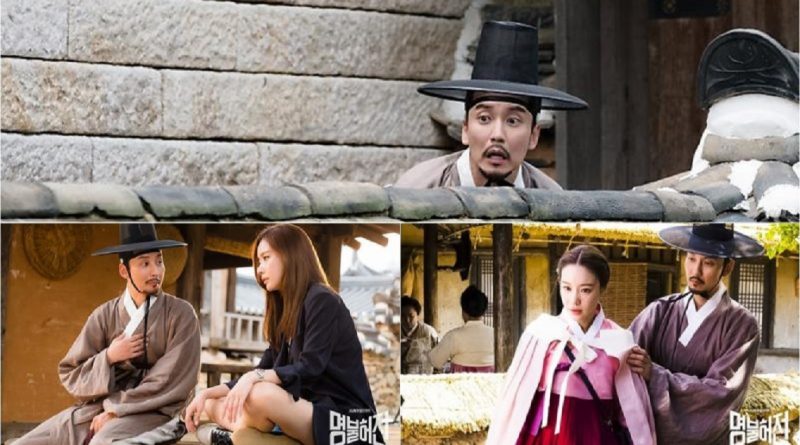 Every time Kim Nam Gil experiences a dangerous thing, he moves on to Joseon or the present time. In the episode aired on August 20, Kim Nam Gil and Kim Ah Jung traveled to Joseon’s time. Both don’t know why they can go back to Joseon’s time. Kim Ah Jung is panicked because she wants to find a way back to Seoul. But fortunately, when the two are almost dead, they can return to Seoul.

On August 20, in tvN drama ‘Live Up to Your Name, Dr. Heo’, Heo Im (Kim Nam Gil) and Yeon Kyung (Kim Ah Jung) traveled to Joseon era. Yeon Kyung doesn’t realize that she’s in Joseon’s time, “Is this a traditional village?”, “Why is my phone not working?” she asked various questions. But the people there who see the clothes worn by Yeon Kyung think of her as someone who’s crazy.

“Why did you bring me here? Please return me back”, Yeon Kyung pleaded to Heo Im. But Heo Im did not know how he got to Joseon’s time. Heo Im lends a Hanbok to Yeon Kyung and goes to Hye Min Seo.

When they meet Hye Min Seo, there is a patient, Yeon Kyung wants to heal the patient. Heo Im is surprised and said “This is the Joseon era. If you do not want to be considered like a madman, just shut up”. Heo Im replaces Yeon Kyung and takes care of the patient.

Doo Chil has a grudge with Heo Im who ignores his mother while being severely ill. Doo Chil catches Heo Im and Yeon Kyung then lights a fire. Yeon Kyung struggles to stop the fire, but Heo Im is busy hiding the money instead. At that moment, the roof collapsed. Heo Im wants to protect Yeon Kyung. And at the same time, both returned to Seoul. Both were relieved as they just dodged a possible danger.

May 7, 2018 Ria Comments Off on 7 Couples In K-Drama Who Have Huge Height Difference
Rank&Talk TRAVEL