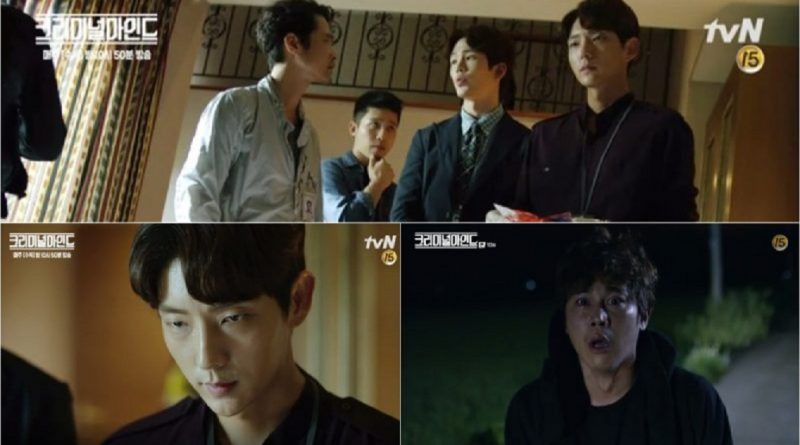 Jung Tae Woo appears as a killer with a creepy personality. Jung Tae Woo declares himself to be the actor, and acts with two voices. The NCI team is confused with a phone addressed to 112, two men as killers. Lee Joon Ki has made sure that the killer is two instead of one. Can he reveal the truth?

On the 24th, tvN’s ‘Criminal Mind’ describes NCI that is getting a new case. The killing took place in a house on the edge of town. Before the incident, there was an incoming call to 112, the offender (Jung Tae Woo) declared that he would kill someone.

The first voice was very agitated, suddenly there was a figure that surprised him, but the second voice was very strong. “I will kill the sinner”, he said. The police arrived at the scene only 5 minutes before the incident. The victim had been killed with their neck being cut.

At the scene, there are books related to the law. The content of the book is greed, jealousy, and sexuality. “The murderer has told that he will commit the murder. He will not stop until he gets caught, “said Hyun Joon (Lee Joon Ki). NCI believes there are two offenders based on the voice reported by 112.

Hyun Joon and Lee Han (Go Yoon) investigate the scene. They know that the offender has cut the victim’s neck. Na Hwang (Yoo Sun) investigates the case and finds a video from the scene at a strange site. Na Hwang immediately reports it to Hyun Joon. Hyun Joon also finds a hole in the scene. The perpetrators who watched this incident became more agitated.

November 12, 2017 Ria Comments Off on Han Ye Seul Returns As The Queen of Romantic Comedy In ’20th Century Boys and Girls’
MOVIE VIDEO