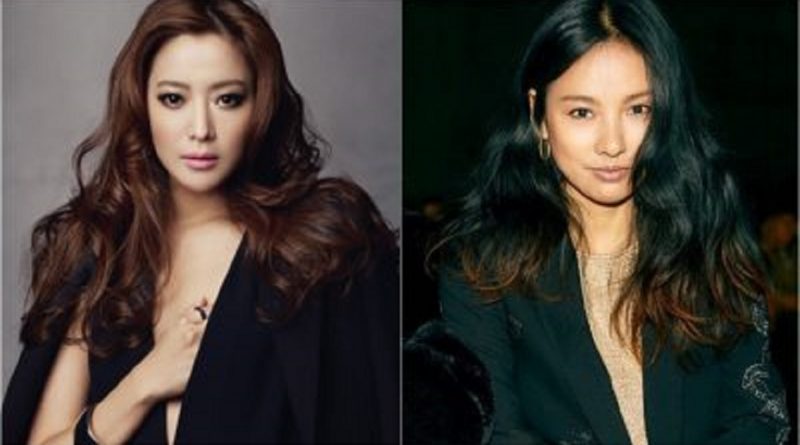 Kim Hee Sun and Lee Hyori are really captivating this summer. They may be called ‘Star of the Year’, yet they naturally still present their true sides. Both made a comeback as stars in the broadcasting world.

The two stars who spent their twenties in such an extraordinary way have become veterans in the entertainment industry who have struggled through various kind of competition. They have managed to win the hearts of viewers simultaneously with a relaxed and mature appearance.

Kim Hee Sun proves why the word ‘Absolute Beauty’ exists. Even though she is already in her 40s, viewers who saw Kim Hee Sun this year still praised her beautiful figure.

She even shows her natural beauty, from top to bottom, physically and emotionally. In May, Kim Hee Sun began to join the O’live ‘Island Trio’ variety show program and on the 19th JTBC drama ‘Woman of Dignity’ finished its airing. Kim Hee Sun gives pleasure to everyone just by looking at her beauty.

With this, Kim Hee Sun has completed 5 advertising contracts.

On the 24th, the agency said “Kim Hee Sun has received 10 love calls and completed 5 contracts, 2 of which have finished filming. We are still discussing additional advertising contracts. ”

Last June Lee Hyori started her own variety show JTBC ‘Hyori’s Homestay’. She is back in the spotlight. This is a rare occurrence when a star shows her house and invites guests to her house. This show looks natural and becomes a conversation.

Married to her singing partner Lee Sang Soon, Lee Hyori lives on Jeju island, often goes to a place full of natural nuance, leaving her life of 20 years in downtown Seoul as Fin K.L’s personnel. Lee Hyori’s change has always been a public concern, and her appearance has always been the icon everyone wants.

As a singer, she is still able to show her charm and her sexiness, yet her presence at the guest house and Lee Hyori’s non-makeup day-to-day life caught the attention of the viewers.