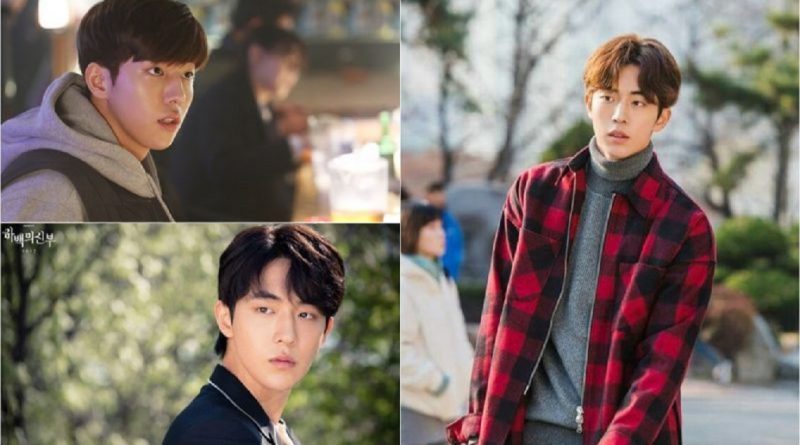 One step to grow. Although not perfect, but has its own advantages. Recently Nam Joo Hyuk plays as Habaek in the tvN drama ‘Bride of Water God’.

‘Bride of Water God 2017’ is a romantic fantasy comic drama that tells the story of the water god Habaek (Nam Joo Hyuk) who came to earth with a psychiatrist So Ah (Shin Se Kyung). Adapted from a comic, he is able to show his visual and his strong presence as the main character. Nam Joo Hyuk acts like a man and sometimes he does not exaggerate it.

In a romantic story, the main point is the love story of the main character. Nam Joo Hyuk got the highest score in this regard. In ‘Bride of Water God’ he acts sweetly with Shin Se Kyung who plays as So Ah. The fantasy romance that does not exist in the real world, meeting with Nam Joo Hyuk whose appearance is already unusual.

Nam Joo Hyuk is like a strong spell in romance. He plays as Eun Tak who loves Bo Ra (Park Min Ji) in the drama ‘Cheese in the Trap’.

In ‘Weightlifting Fairy Kim Bok Jo’ he plays as Jung Joon Hyung who shows his affection as a male friend to Kim Bok Jo (Lee Sung Kyung). Jung Hyun gets a lot of support and love from the viewers because of his good look.

He showed a rapid development in the ‘Bride of Water God’. There are still some shortcomings, but gradually he grows and is able to overcome them. In the next work ‘Ansi Fortress’, he served as a soldier carrying secret orders from ansisung. His progress on the big screen attracted the audience’s attention.