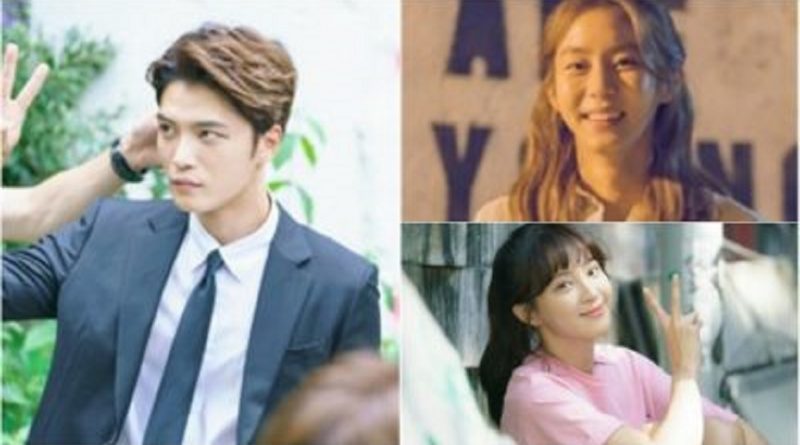 In the last broadcast, ‘PhilSoo Couple’ (the couple Bong Phil + Soo Jin) showed the sadness of life and death because of Bong Phil’s journey. As Bong Phil saved Soo Jin in a traffic accident, the past changed, and now Bong Phil is in a sixth consecutive coma state. Soo Jin had devoted herself to Bong Phil who has not woken up since the accident and assured her of Bong Phil. His corpse was in the hospital, but Bong Phil was wandering in a state of emotion, following Soo Jin. Soo Jin also found herself liking him. They recognized each other, but he could not reach one another.

‘PhilSoo Couple’, which used an emotional line with soft melodrama, could be seen in the behind photo with a sweet chemistry. The two sat side by side and looked at the pictures taken in the camera and showed a friendly atmosphere. Especially, UEE attracted attention with a refreshing smile like a vitamin.

On the other hand, Bong Phil, who assisted one-sided love for 28 years, Soo Jin, made it through the hole with a coma. This is where the time passed him, and Bong Phil was eager to fix the twisted the condition and find clues to get Soo Jin’s heart.