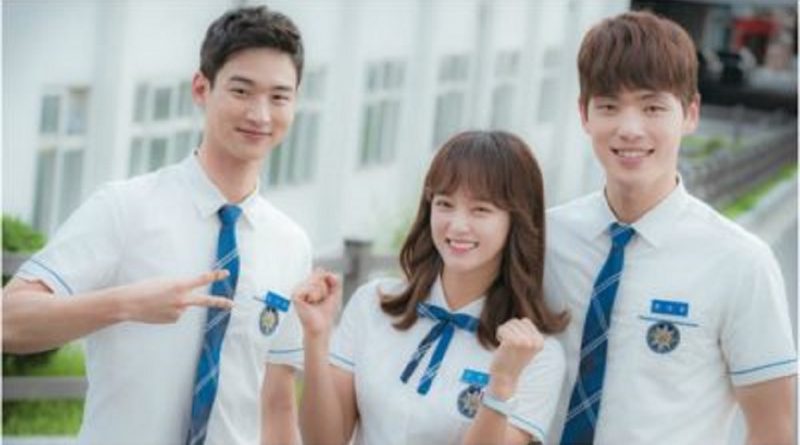 KBS 2TV’s Monday-Tuesday drama ‘School 2017’  is left only with two episodes with the story of 3 people in an odd school Kim Se Jong, Kim Jung Hyun, Jang Dong Yoon. From the drama famous for its casts, ‘School 2017’ has been successful in portraying school with actors who have stable acting, perfect character synchro level, and sweet chemistry.

Kim Se Jong shows perfect synchronization level by playing as Ra Eun Ho who is always honest and positive. Even though she is discriminated at school, she shows the power of ‘God Se Jong’ by realizing the acting of a high school girl who is trying to dream. The audience shed tears with Eun Ho and cheered Eun Ho who is chasing her dream.

Kim Jung Hyun managed to draw the school serial rebellion line through Hyun Tae Woon from Tsundere. Kim Jung Hyun sometimes gave tension as suspected X and gave difficult time as a person with little expression. From his solid love and romance with Eunho, he became the center of attention and became a trustworthy actor.

Next is Jang Dong Yoon, who has a role as Song Dae Hee, pointed out a reversal in the game. In contrast to the image of a friendly school president, everything is done to achieve his own goal, and he has a hidden cold personality. Jang Dong Yoon, who clearly shows Dae Hee’s eighteen-year-old duality, was shaken and wandering in his life.

Kim Se Jong, Kim Jung Hyun and Jang Dong Yoon created the realistic characters by realizing the difficulties of the students as well as the romance story in ‘School 2017’. The school’s protagonists received high hopes for fresh appeareances. They gave sympathetic as well as lively feelings to the viewers and proved the reputation of the school series.