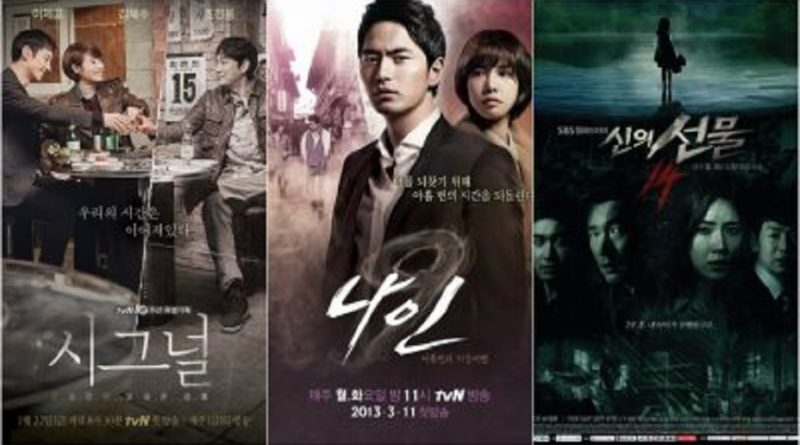 Timeslip drama is getting popular recently. One popular drama that tells about time slip airing this month is tvN’s ‘Live Up to Your Name, Dr. Heo ‘. In addition, KBS2’s ‘Manhole’, which tells the timeslip and the youth story is also running. Aside from these two, there are other successful dramas that have a time slip plot.

◆ Beyond The Genre Boundary ‘Signal’

The drama has a time slip plot and thriller genre combined with time constraints, which spans more than 30 years, and captures criminals. In particular, the motives of actual events, such as the case of rape of high school girls in Milyang caused a great social reaction. It has been well-received that it has transcended the limit of the genre drama by adding a series of stories with reverse ending and suspense.

The secrets of birth, triangular relationships, incurable diseases and other incidents are the classic material of Korean dramas, but with Nepal’s beautiful scenery and other things, it makes this drama a good one. In addition, the main character who will go back in time trying to change the future, but what happens is that his work is not in accordance with his wish, which makes this drama more interesting.

SBS’s ‘God’s Gift: 14 Days’ which aired in 2014, tells the story of the main character who attempted suicide with the death of her daughter, depicting a story of a time slip back to 14 days before her daughter died. Lee Bo Young, Cho Seung Woo, Kim Tae Woo, and Jung Kwon Woon are the cast of the drama.

The drama was strained, with the story of a mother struggling to find the reason behind her daughter’s death, and at the same time to save her.