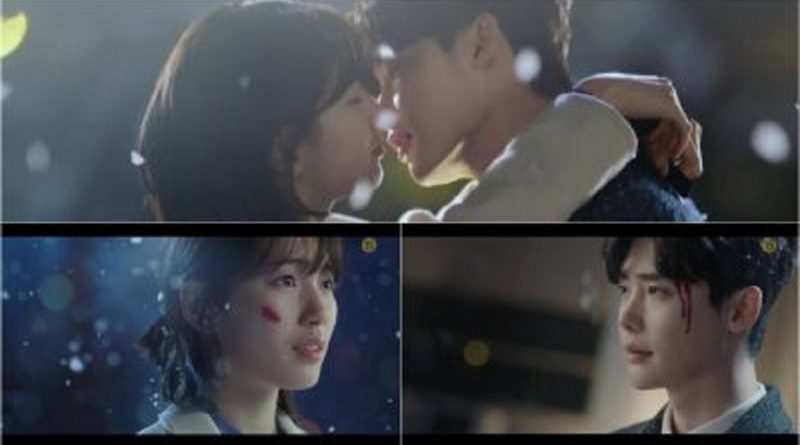 DRAMA
September 8, 2017 Ria K-DRAMA, While You Were Sleeping

‘While You Were Sleeping’ is a drama depicting a woman who had an accident, from then on she could see the accident through her dream, and a prosecutor who tried to prevent the dream come true. Lee Jong Suk plays Jung Jae Chan, a detective in commission 3 Hangang District, while Bae Suzy plays Nam Hong Joo, the woman who is able to see the accident through her dreams.

In the released video teaser, it started from the meeting between Jae Chan and Hong Joo on the street. Hong Joo who was injured in the face until blood came out on her forehead, ran towards Jae Chan. Seeing Hong Joo running towards him, Jae Chan hugged her tightly. We can feel the uncontrollable emotion when Hong Joo embraced Jae Chan while crying.

The narrative showed Hong Joo saying,  “In the dream I see you. If you want to live, listen to my words. I cannot change it “and Jae Chan” You do not believe it. I can change the future ” it made viewers more curious.

The While You Were Sleeping party stated, “Starting from the first teaser featuring Jae Chan and Hong Joo, it will be released in sequence” and “The woman who can see future accidents through dreams and a prosecutor who seeks to prevent the dream come true, please look forward to their second story in ‘While You Were Sleeping’.

‘While You Were Sleeping’ will replace ‘Reunited Worlds’.

February 15, 2018 Tri Comments Off on 4 Genius and Unique Main Characters in Drama