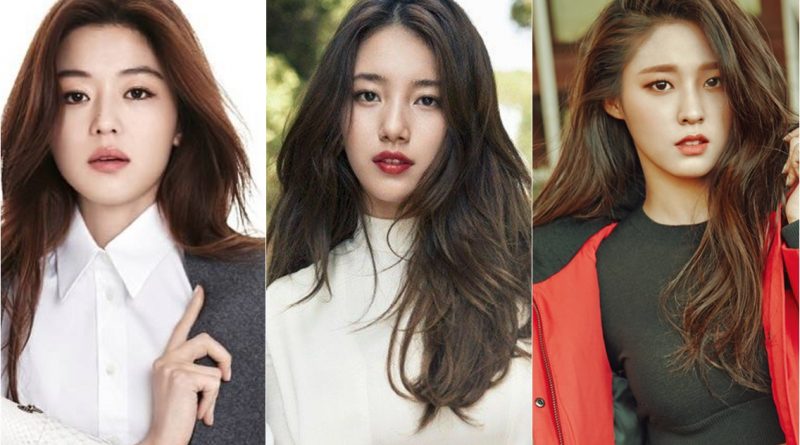 By 2017, advertising mappings have changed. Many advertising parties want Jun Ji Hyun and Suzy. Advertising contracts are given to ‘mainstream’ actress.

After marriage and childbirth, Jun Ji Hyun’s position becomes more solid. Currently she is pregnant with her second child, but she is an actress who still has 10 more advertising contracts. Suzy is busy with her drama and album promotion, but the advertising contract keeps coming towards her. Seol Hyun AOA’s solo performance was outstanding. Thanks to the healthy image she gets from idol activity, Seol Hyun actively runs her contract as a model. Since last year, Seo Hyun Jin, Kim Ji Won and Jung Yoo Mi who shone through ‘Youn’s Kitchen’, became famous in the advertising world.

The same thing happened to Jun Ji Hyun. In 2013, after she starred in ‘My Love From the Star’, her advertising contract has increased. According to KOBACO, she was chosen as the best advertising model in 2014 and 2015. The contract was extended a lot. BHC which led to the rise of brand awareness extended the contract for 4 years. In addition, there are still Shinsegae, Hera, Nepa, Stonehenge, Missha and 11 other products.

Suzy is known as ’10 billion won girl ‘. Many people have noticed it for a long time, when it generated 10 billion won worth of advertising sales based on ‘Suzy’s Day’. She has been working as a model for a long time. She has a long-term contract with Vita 500, Guess, The Face Shop, Fendi, to On the Body.

Seol Hyun who has an important role in AOA extends her influence with advertising. Together with Joo Won, she became the main model for Hazzys Accessories brand, then she also became a model for Dashingdiva, G-Market, Idongbu, Cloud, Zigbang, Yeo Myeon for Cocoa, Lafuma, Biotherm, to Jjapageti.