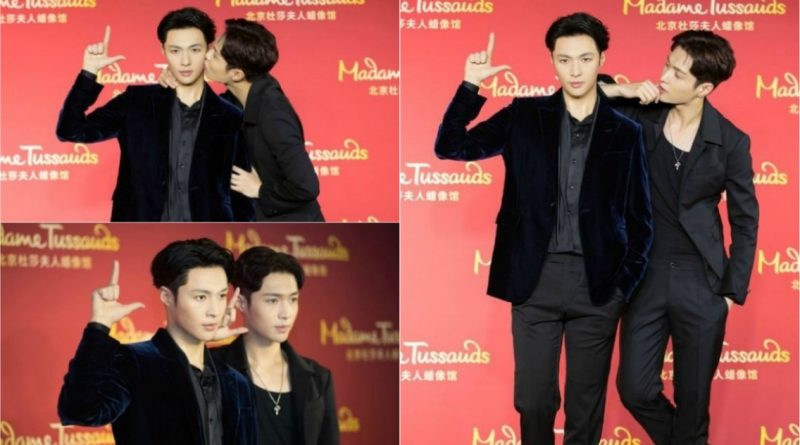 Starting from the eyes, mouth, nose until the whole body, EXO’s lay figurine is really similar to the real one. The new face decorated the wax museum ‘Madame Tussauds’  is EXO’s Lay.

Lay was present at the wax museum in Bejing. On September 8th, Madame Tussauds released a photo on its official Weibo saying, “A new wax statue has been rushed” to its release.

Lay the EXO’s member who was made into a wax statue. In the future, other members will be made wax sculptures like Lay.

On the other hand, Lay has just completed his new chinese drama ‘Operation Love’. In addition, he has been active in various films and solo albums.

Visually, the sculpture displayed almost the same as the original. Lay looked masculine with a black suit and black hair. The small face and the highlights of his eyes attracted the public’s attention.