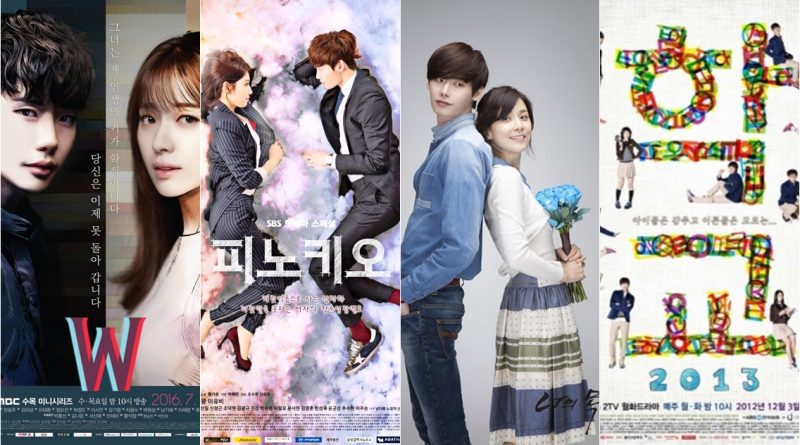 Any K-Drama fans must have known the talented actor Lee Jong Suk who always managed to bring the character he played in popular drama. He was born on September 14, 1989. Lee Jong Suk started his career as a model and debuted as an actor in 2005 through the short film ‘Sympathy’. In 2012 he received the award for Best New Actor category in the KBS drama award for ‘School 2013’. After that, his career continues to soar both in dramas and movies. Currently his name is on the rise and gets a lot of interest from women.

This drama starring actor Lee Jong Suk and Han Hyo Joo tells about Oh Yun Joo (Han Hyo Joo) who is a surgeon and daughter of popular comic writer in Korea. One day her father disappeared. Yun Joo could not find her father and instead met with Kang Chul (Lee Jong Suk) who was covered in blood. Kang Chul is a shooting Olympic athlete and won a gold medal when he was 18 years old. However, Kang Chul chose a different path and founded his own company. Kang Chul does look like a perfect figure, but apparently Kang Chul is a fictional character that comes from comics made by Yun Joo’s father. When Yun Joo’s father decided to kill Kang Chul’s character in the story, Yun Joo rescued Kang Chul. The drama also stars Jeong Eu Gene, Lee Tae Hwan, Lee Si Un, and Kang Yi Young.

The Pinocchio drama tells of journalists in a broadcasting company who are looking for facts to prove the truth. Cho Dai Po (Lee Jong Suk) is a local news reporter and was once a taxi driver. Choi Dal Po must accept the fact of losing his parents because of the tragic events when he was young. His dressing style and disheveled hair style made many people unaware that his face was handsome with a good physical. Choi is also good at talking and has a good memory. While Park Shin Hye plays the character of Choi In Ha, a woman who aspires to be a news reporter. Interestingly Choi In Ha has a unique syndrome called ‘Pinocchio’ that makes her hiccup every time she lies. Choi is a girl who cannot hide her feelings when she likes someone. In addition to the talented young actor and actress, there is Kim Young Kwang who plays the character Seo Bum Jo, a rich news reporter.

Park Soo Ha (Lee Jong Suk) is a high school student who has the ability to read other people’s minds by looking at them. When Soo Ha was 9 years old, he was traveling with his father and was hit by a truck driven by Min Jong Kook (Jung Koong In). Soo Ha’s ability makes him know that Min Jong Kook intended to kill his father. Min Jong Kook beat his father when he found out he was not dead yet. Then Hye Sung witnessed it and save Soo Ha when he was almost killed. Hye Sung also witnessed in court and made the perpetrator got the punishment he deserved. Since then, Soo Ha has admired Hye Sung. 10 years passed, Jang Hye Sung (Lee Bo Young) works as a less successful lawyer. She applied as a public defender and defended the case of the less fortunate. But as Hye Sung grows up, she becomes a reluctant and unwilling lawyer in helping her clienst. Soo Ha is confused by the change in his first love. Together with Soo Ha’s abilities, the two end up helping each other to solve the case. The drama also starring Yoon Sang Hyun, Lee Da Hee, Jung Woong In, and Kim So Hyun.

Seungri High School has reputable as  one of the worst schools based on the academic value within 178 high schools in Seoul. Seungri High School is now busy improving the presentation skills for new students. In order to increase the value of students at Seungri High School, the school decided to hire Se-chan. Se-Chan (Daniel Choi) is a top Korean teacher at a well-known institution in Gangnam. He is well known for his expertise in teaching Korean. Thanks to the support of Jung-Ho (Kwak Jung-Wook) who is a member of the school gang, Nam-Soon (Lee Jong-Suk) was selected as the 2nd class president. When Se-Chan appeared at his new school at the school’s opening presentation, Nam -Soon becomes embarrassed.

June 30, 2017 Ria Comments Off on Taeyang is Appointed as the Ambassador of 2018 Pyeongchang Winter Olympic
DRAMA MOVIE VIDEO

May 31, 2017 Tirta Comments Off on Interesting Stories Behind Korean and Hollywood Movie Castings
DRAMA VIDEO