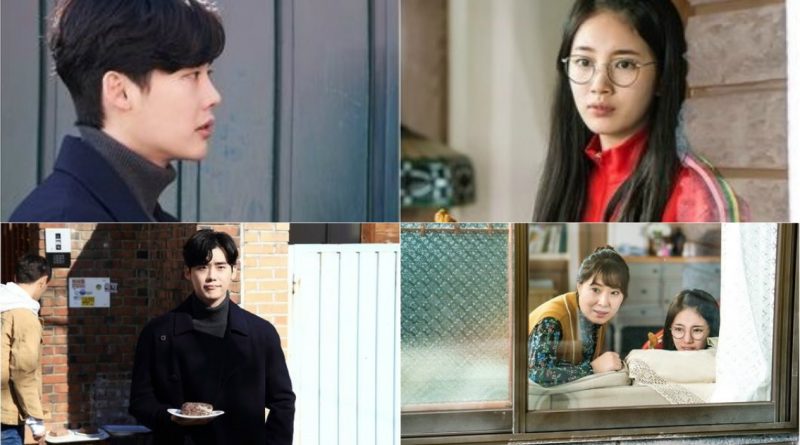 DRAMA
September 19, 2017 Ria K-DRAMA, While You Were Sleeping

SBS’s Wednesday-Thursday drama ‘While You Were Sleeping’ which will air on September 27th released the first round of pictures between Jung Jae Chan (Lee Jong Suk) and Nam Hong Joo (Bae Suzy) on September 13th.

Jae Chan met  Hong Joo when he was moving house with his sister. His sister brought a rice cake to give to their neighbors, and Jae Chan’s appearance at the door caught the attention of the viewers.

According to the production team, the rice cake given by Jae Chan’s sister directly revived the atmosphere in the drama. With no connection with the neighbors, he went straight to the front door and pressed the bell, it was Hong Joo’s house.

However, Hong Joo’s face looked anxious while peeking out of the kitchen window to see Jae Chan. On the other hand, the mother smiled sweetly with great curiosity when she saw her new neighbor Jae Chan.

The crew said, “The episode where Jae Chan made the move and met with Hong Joo will create a bond that will start soon. There is a big secret to the scene where these two met for the first time. We want the viewers to find out whether Jae Chan could give rice cake to Hong Joo and the secrets of their first meeting by watching the first episode.”

Meanwhile, the drama ‘While You Were Sleeping’ will replace the drama ‘Reunited Worlds’.