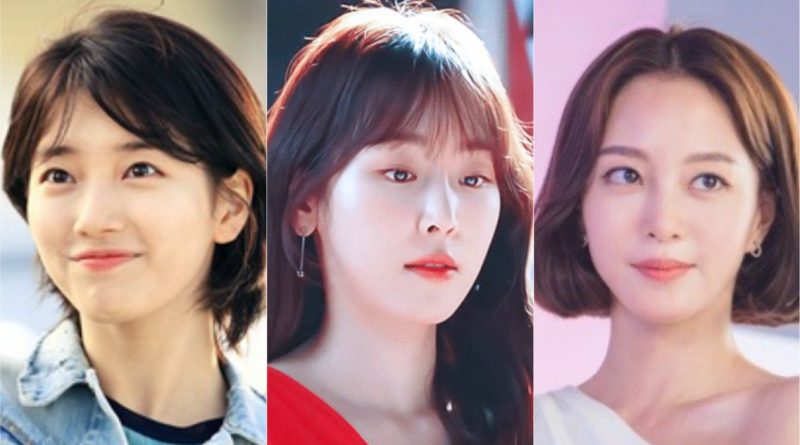 A drama can captivate viewers with its stories and cast. Particularly in the second half of 2017, it is getting more attention because the stars that show off their popularity in the advertising world will return to play as the female lead in the drama. If you favor these stars, you should watch the drama they will be starring in.

Suzy in ‘While You Were Sleeping’

She started her acting career in 2011 playing a role in KBS drama ‘Dream High’, then in 2012 she was in the film ‘Architecture 101’ and was named the national first love. After collecting various filmography, she just finished filming drama ‘While You Were Sleeping’ with actor Lee Jong Suk. The drama tells of a woman who knows the future events through her dream and a prosecutor who tries to prevent the dream come true. The drama will air on September 27th.

Actress Seo Hyun Jin shows her strength as a comedy queen in various dramas. Recently she started filming SBS’s new drama ‘Temperature of Love’. She plays the role of Lee Hyun Soo, an assistant playwright who has a reckless character. In this drama she returns to act with Yang Se Jong (On Jung Sun) who once played together in SBS drama ‘Romantic Doctor, Teacher Kim’. The drama will begin airing on September 18th.

Actress Han Ye Seil has a chic angel charm. After JTBC drama ‘Madame Antoine’ in January 2016, she made a comeback this time which has attracted public attention after waiting for a long time. With her previous pitiful image, viewers expect what character she will play in MBC drama ’20th Century Boy and Girl’. In this drama, she will have a love affair with actor Kim Ji Suk and the drama is scheduled to air on September 25th.