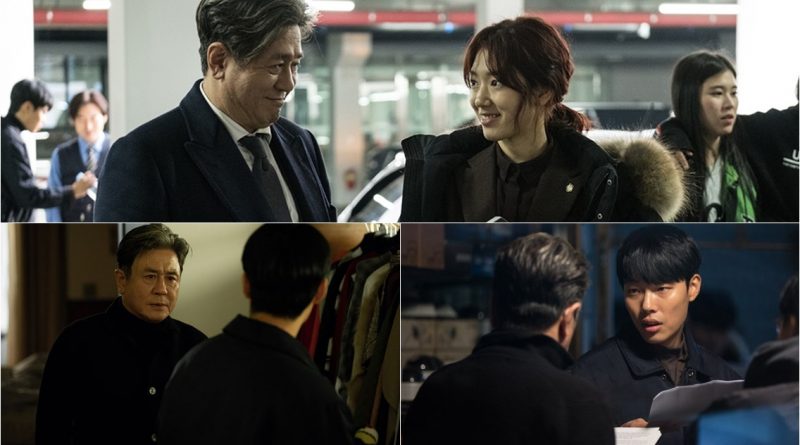 The film ‘Silent Witness’ has attracted attention with a combination of its actors. ‘Silent Witness’ will be released in November, and it tells of the famous singer’s murder case who is the fiancee of Im Tae San (Choi Min Sik), the man who has everything in the world, and his daughter who is accused of being the murder suspect.

Park Shin Hye expressed her feelings to act with Choi Min Sik for the first time, “I learned a lot of things on location for shooting with him. He does not forget to give advice and praise.”

“I enjoy the time when meeting someone and co-acting. It feels good”, said Ryu Junyeol. Lee Hani also expressed her opinion, “during filming ‘Silent Witness’ I feel tired but happy, I think we have great chemistry.”

Choi Min Sik also expressed his interest in acting with other actors, “I’m glad we all support each other and give advise. Every actor positions himself as a professional.”

‘Silent Witness’ is scheduled to be released in November.