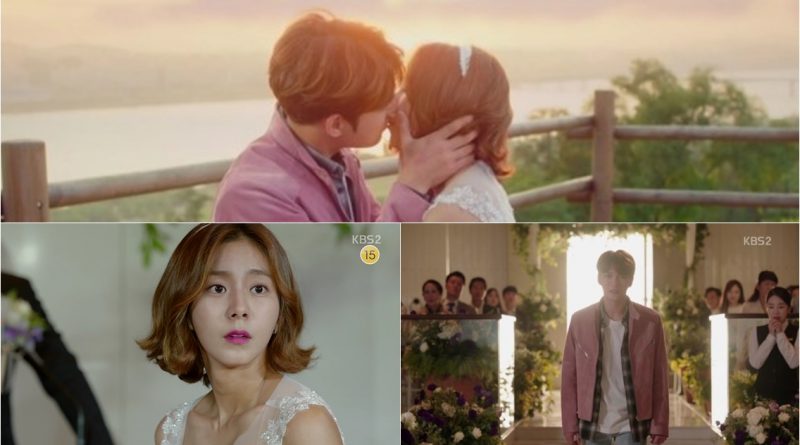 KBS’s Wednesday-Thursday drama ‘Manhole’  last episode that aired on the 28th, illustrated Bong Phil (Kim Jae Joong) and Kang Soo Jin (Uee) ending scene happily. Bong Phil was trying to save Kang Soo Jin who was kidnapped by Park Jae Hyun. Kang Soo Jin was summoned by the manhole and returned to her wedding day. The conscious Bong Phil at the hospital met with Kang Soo Jin who traveled through the hole and convinced each other’s feelings. Later, Bong Phil passed the police station, proposed to Kang Soo Jin and they got married. The last episode of ‘Manhole’ ended happily. However, this drama caused great disappointment.

Actually ‘Manhole’ has a story focus on time-slip and butterflies effects that add freshness to Korean drama. The theme of time travel that goes beyond the past and the future has been widely shown in various dramas, changes and arrangements of travel flows gained viewers interest as it is different from other dramas. But just enough up there.

The essential thing of the romantic fantasy drama is the chemistry between the lead male and female character. The careless behavior of the male main character unable to be well-received, whenever in a chaotic situation, he naturally repeated his love story. Along with the replacement of the writer ‘Manhole’, the rating began to increase. It was a good attempt to inspire drama tension by enforcing the Sosio Pass through Park Jae Hyun, but people still could not find the tension, comedy, and melo parts.

However, the actors performance is praiseworthy. Kim Jae Joong played a silly and fun character. Many people said that this genre works for Kim Jae Joong, and he led the drama by describing the process of  Bong Phil who can not confess his feelings to the woman he loves defeating the Sosio Pass. Uee expanded Kang Soo Jin who has a beautiful ambiguous character. Thanks to the actors, ‘Manhole’ is able to show the enthusiasm of the audience. ‘Mad Dog’ which replaces ‘Manhole’ will be starred by Yoo Ji Tae, Woo Do Hwan, and Ryu Hwa Young.