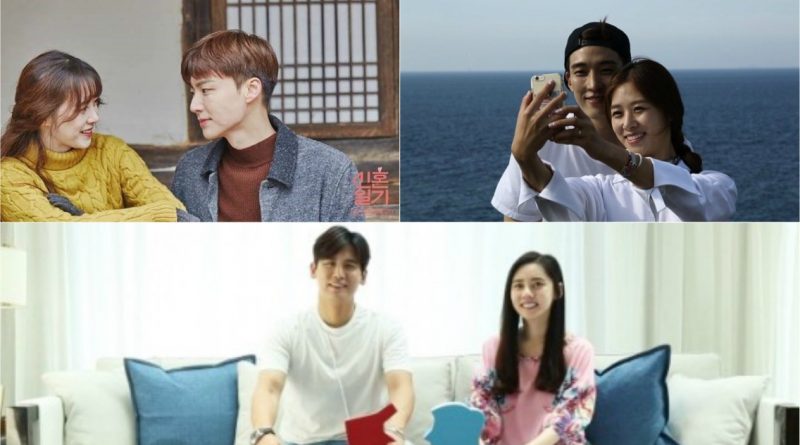 Lately, the marriage life of the stars become more popular than the romance drama. Why do people feel enthusiastic about the love stories of people unrelated to them?

Woo Hyo Kwang is the top Chinese star who has a perfect appearance. The unique love of Choo Ja Hyun makes him a ‘perfect man’ which is hard to find in a drama. If watching this show, the audience will be jealous seeing Choo Ja Hyun hugging Woo Hyo Kwang.

‘Fantasy of the ideal husband’ will be presented in tvN ‘Newlywed Diary’. The program released earlier this year succeeded in showing the honeymoon fantasy from the husband and wife Ahn Jae Hyun and Go Hye Sun who was seen playing in the snow.

Then Oh Sang Jin and Kim So Young become the next strong lineup that cannot be missed.

Shows like this has become a popular trend, and the appearance of the new stars has received a warm welcome. A perfect marriage life without flaws can fulfill people’s desire for the ‘real fantasy’. As a result, more and more people are jealous of their romantic love while watching these programs.