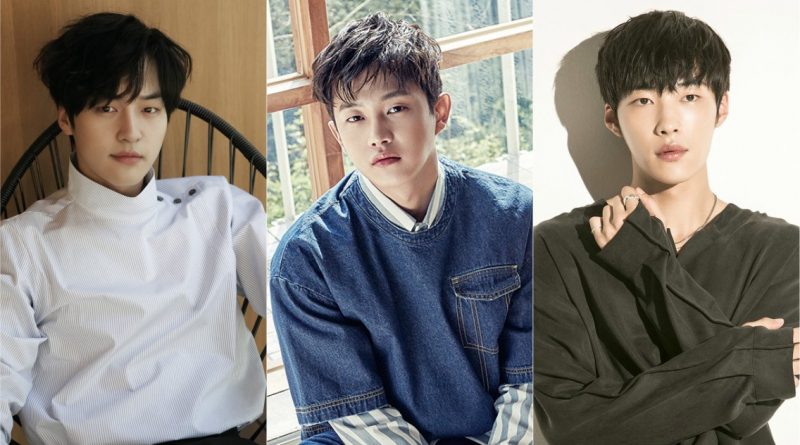 The generation of drama actors has changed. In recent years, new actors with their talents managed to captivate the female audience. The actors we will discuss are Yang Se Jong from SBS ‘Temperature of Love’, Kim Min Suk from JTBC ‘Age of Youth 2’ and Woo Do Hwan from KBS’s latest Wednesday-Thursday drama ‘Mad Dog’.

The drama ‘Temperature of Love’ tells about Lee Hyun Soo (Seo Hyun Jin) and On Jung Sun (Yang Se Jong) who love each other 5 years ago but have unequal opinions. In this drama, Yang Se Jong is a warm and gentle man.

Yang Se Jong started to be recognized when he appeared in the SBS drama ‘Romantic Doctor, Teacher Kim’ which was completed in January. Afterwards, he starred in SBS ‘Saimdang, Light’s Diary’ and OCN ‘Duel’. Not a year since his debut, he managed to play as the main character in the drama ‘Temperature of Love’. This is a rapid development for a new actor.

In the drama ‘Age of Youth 2’, Seo Jang Hoon (Kim Min Suk) and Jo Eun (Choi A Ra) always quarrel but then both realize each other’s feelings.  Jo Eun shows her hidden feminine side and naturally cares for others.

In the drama, Kim Min Suk plays a natural and free character. His intellect and great skill add to his appearance for getting the title of ‘Charming Actor’. Kim Min Suk entered the entertainment world since his appearance in Mnet’s ‘Super Star K3′ audition program in 2011. After that he appeared in KBS drama’ Descendants of The Sun’, SBS drama ‘Doctors’, ‘Defendant’, and continued with drama ‘Age of Youth 2’. He will also perform in the latest Monday-Tuesday tvN drama titled ‘Because This Is My First Life’ which will start airing on the 9th as Shim Won Suk.

<Save Me> Woo Do Hwan

Woo Do Hwan is known since his appearance in the OCN drama ‘Save Me’ which was completed last month. Woo Do Hwan is one of 4 youths in the drama. Unlike Han Sang Hwan (Ok Taec Yeon) who has everything, Woo Do Hwan faces a lot of trouble. Nevertheless, he still has the courage to protect his friend.

He will play a part in KBS’s latest drama titled ‘Mad Dog’ which will air on the 11th. This time he will play the role of a fraud on the streets. He joins the Mad Dong team with Choi Kang Woo (Yoo Ji tae) who hides his true identity.