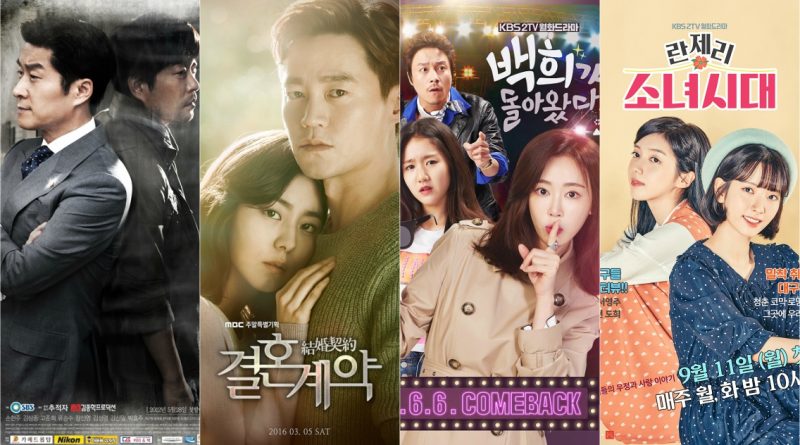 There are many dramas made in haste but suddenly receive a lot of love. Though originally become a filler and replacement for the previous work, these dramas are not only a hot topic but also praised for its ‘ideas’ and ‘fresh stories’.

The actors were casted just in 15 days and the filming was done in a hurry, but the drama still got a great success by receiving the viewers rating as much as 20%.

MBC’s weekend drama ‘Marriage Contract’ consisted of only 16 episodes where the weekend drama usually consists of 50 episodes. Therefore, this drama is known as a ‘filler drama’ and the expectations for the drama ‘Marriage contract’ were not so high. Many audiences questioned the performance of the two leading actors Lee Seo Jin and Uee.

However, once it was aired, the drama ‘Marriage Contract’ gained support from many viewers and the actors managed to play a somewhat complicated story. Because this drama tells of the emotion in an affair with a woman who was married in just a few times and got a rating of 22%.

The ghost between Gang Ye Won and Jin Ji Hee was unexpected, and the comedy story of ‘Ok Hee’ brought together the audience’s praise. This drama managed to get a rating of 10% and drama became a popular drama among the drama lovers.

The drama ‘Girls Generation 1979’ is a drama that most people regret because of its short airing time of only 8 episodes. Although initially did not get great expectations, the drama received a positive response in the final episode because it reminded us of the memories of old times with Daegu background in the 70s.