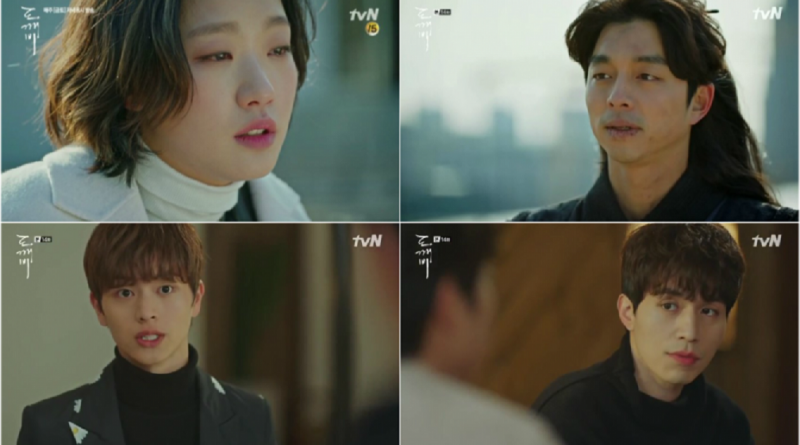 After surprising the audience by pulling the sword out his chest, in episode 14 Kim Shin came back to his appearance in Goryeo era.

Kim Shin was in a deserted place and he heard the voice of the Goddess of Birth telling him that his memories will be removed Kim Shin then shed his tears.

9 years after, Eun Tak had become a PD in a radio show. She looked gloomy and she didn’t remember anything about Kim Shin.

One day, Eun Tak was sitting down while holding a birthday cake. She asked for help because she thought she was forgetting something then she blew the candles. Kim Shin suddenly appeared.

Kim Shin hugged her while sobbing, but Eun Tak didn’t remember anything about him. She thought Kim Shin was an actor because of his clothing.

Kim Shin visited the grim reaper’s tea house and it turned out that he still remembered him.

They went back to their home, but then Duk Hwa suddenly came and Kim Shin tried to hide, though Duk Hwa could still spot him.