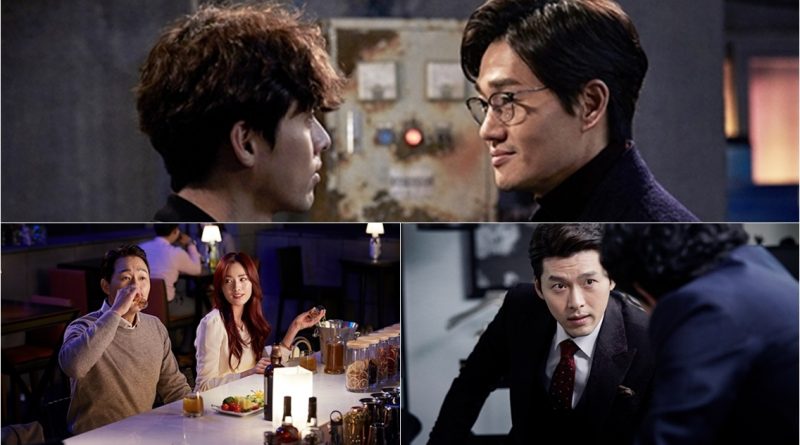 Actors Hyun Bin, Yoo Ji Tae, Park Sung Woong, Nana, Bae Sung Woo, until Ahn Se Ha star in the movie ‘The Swindlers’. On the 10th, the company Showbox has released 8 photos from the filming of ‘The Swindlers’.

In the released photo, there is a team play scene of 6 swindlers who gather to catch the ‘scam’. Hyun Bin has a charisma and charm through ‘The Fatal Encounter’ and ‘Cooperation’, he transforms into a fraudster for the first time and draws attention with his witty smile.

Yoo Ji Tae is a prosecutor who uses tricks for his power, and he exudes a cool charm. Park Sung Woong becomes the target of the fraudsters, this is an unexpected aspect and makes the audience curious because he looks like a good person.

‘The Swindlers’ is a film that describes unexpected teamwork when fraudsters unite to catch another fraud. Ji Sung (Hyun Bin), a fraudster who just chooses a way to cheat, devises a great plan to catch the best con artist, Jang Doo Chil.

Park Hee Soo (Yoo Ji Tae) is the ambitious prosecutor as well as the first person to join the team. In order to capture ‘Jang Doo Chil’, he not only approached Ji Sung, but also investigated three new swindlers, Go Suk Dong, Choon Ja (Nana), and Kim. For the same reason, these fraudsters unite and perform brain games, acting, until appearances to get Jang Doo Chil’s information, they perfectly prepare the bait from his right hand Kwak Seung Gun.

‘The Swindlers’ will provide both excitement and tension and release in Korea next month.